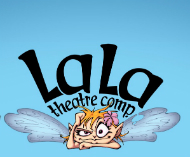 The plot is pretty straight forward, four characters arrive at a therapy retreat with the kooky therapist and peculiar challenging doctor, as they unwind secrets are revealed with unexpected consequences. The actors are all fine with one of two of them shining out, Cyril Cottrell as Dr Morter in particular was delightfully odd managing his sharp twisting retorts with an ever changing stack of emphasis, very funny. They all worked very hard to ensure the play rolled on and blended well together to ensure the laughs kept coming. There were some fine physical jokes and  the play really took off when the clowning was allowed to bloom, the Marlborough is an intimate space and with five folk being strange and manic on stage it can be quite an electrically funny. One or two of the characters could have been a little more believable with their motivation but then to keep them self deluded we could revel in their silliness.  Harley obviously writes from the heart as none of the characters were unpleasant even though some of them were written to be belligerent.

The plot rocks and unfolds with a plenty of whistle stop surprises and one or two missed volleys, but when the ideas come as thick and fast as this it’s not such a bad thing that one or two are going to miss the mark, perhaps less dénouement and more engagement would have been in order, but I was possibly the only person wondering about the finer plot details, everyone else was  busy laughing and enjoying themselves. The narrative thrust is bold and relentless and it’s played with a highly committed energy from the cast. The play is written in three main parts with the final being direct to the audience.

Written and directed by Tara Harley who also runs the theatre group, did the the staging and I suspect makes everyone tea. It was a tight show and it’s nice to enjoy the talents of a polymath. Harley has a good surreal touch; sure and odd and her conviction manages to carry some of the more obscure or silly jokes right through into funny land. There were moments on stage where the action shifted into dream state and through some tight writing and fine choreography this staccato surreal dream turned out very well, it’s always a difficult shift on a small stage but the actors, props and sets worked well to make the scene believable.

I was unsure of the change of pace with the final 4th wall tumbling down and the actors all addressing the audience in a rap-cum-Shakespearean-style-morality-play-rhyming-Dr Seuss-thing, (and yep it was like that), for a moment it seemed to be slipping away but it held, balanced and carried on in a different direction. However the audience loved it and the narrative tension was kept up, the actors were convincing and full of conviction and it all made sense at the end. It had the air of a restoration comedy, bawdy but sharp, rococo but finely focused, nonsense with a happy moral ending and it feels authentic, as if Harley has speared some of her own experiences and gutted, filleted them and served them up fresh for our delights, and then kippering the odd one to throw at us when we least expect it with an expertly judged backhand volley.

All in all an unexpected treat; I laughed, was surprised and also delighted by some of the lines. I do love a silly surreal one liner and Therapy seems to have the ability to tuck them in and use them just at the right moment, that’s a real skill for a new writer to display and one worth cherishing.

A fine debut performance for this new theatre troupe and also for this new playwright, I enquired and they had quite rightly sold out each of their four performances, not bad for a brand new show.

At 90mins with no interval it could have been a tad shorter, but this was a fun engaging night out, full of surprise, surreal delights and laughter and the full house gave the actors a well-deserved rollicking applause. I for one would be happy to see another production from this innovative and fast paced writer.