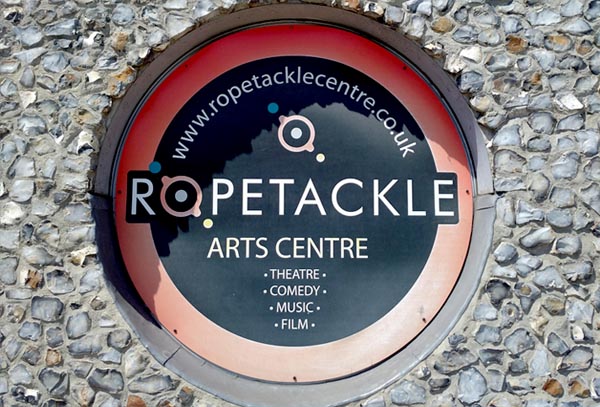 FOR a small venue with just 200 seats, Ropetackle packs a punch when it comes to live shows beating four other Sussex venues, including the iconic Brighton Dome to scoop the prestigious award.
This year alone, the community-run venue has brought comedy giants Romesh Ranganthan, Alan Carr, Jack Dee, and Suzi Ruffell to appreciative audiences, as well as live music from the likes of Courtney Pine, Geno Washington, Stacey Kent, Hazel O’Connor, The Unravelling Wilburys, Wille and the Bandits and many more legends of rock, jazz, blues, soul, folk and world music.
Ropetackle is also a champion of legends in the making, supporting new music acts and modern festival favourites, as well as the big names in broadcasting, politics and literature. In among all this, there are children’s shows every week, a thriving cinema and film club, and free music events in the foyer.

After picking up their certificates, winners were treated to a wine-tasting session courtesy of Bolney and Bluebell Vineries, and a tour of the farm.

Muddy Stilettos Editor, Debbie Ward said: “The level of interest in the Awards has been fantastic with thousands of readers voting across the site every day. Most finalists received over a hundred votes each in the finals in their categories with some winners hitting several hundred. The ethos of Muddy Stilettos is all about celebrating and supporting unique, interesting and brilliant local businesses and will hopefully create a buzz for both the finalists and the winners.”

“We’re over the moon to have won,” Nicky said. “Ropetackle really is a little gem on the Sussex coast. It is almost entirely run by volunteers and receives very little external funding, yet it attracts some of the biggest and the best in live entertainment. We are always told how friendly, welcoming and loved we are as a local venue, so it means a lot to be recognised throughout East and West Sussex. We are grateful to everyone involved with Ropetackle, to the audiences, and of course the people who voted for us.”

Coming up later in the year at Ropetackle are indie rockers Turin Brakes, Barbara Dickson and many other great acts.