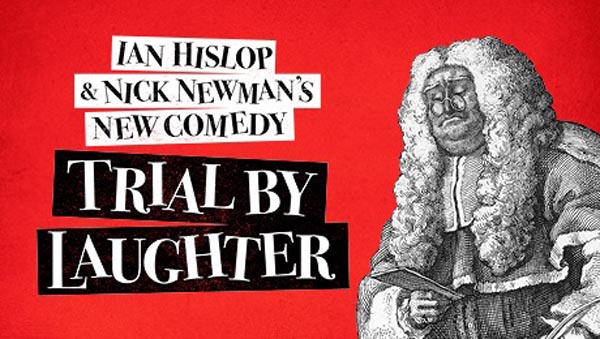 WILLIAM Hone, a social reformer and satirist is subjected to three separate trials on consecutive days at Guildhall, with the threat of deportation to the colonies as his possible sentence.

Joseph Prowen plays Hone with wild energy, frenetic physicality and annoying self-indulgent glee. His is a unite unlikeable character, but his adversaries, including the bloated sex-mad George, the Prince Regent are so much worse. Jeremy Lloyd has lots to get his teeth into playing Prinnie who lived round the corner from the Theatre Royal in the Brighton Pavilion.

The problem with satirists like Hone and Hislop the playwright is that their parodies can often seem obscure, irrelevant and arrogant. This play has tracts of time where that is the case.

The villains are black-hearted with no redeeming characteristics, and the heroes are one-dimensional shining knights. The true hero of the story is probably Hone’s ever patient wife, who bore him twelve children, underplayed here by Eva Scott.

The action moves at breakneck speed between the trial room and the streets of London, hurried along by a bouncy Peter Losasso as Hone’s rogue in arms the cartoonist George Cruikshank.

The parodies for which Hone faced such silly, blatantly political trials, seem very tame to us nowadays and Cruikshank’s cartoons – some of which we see are far more aggressively anti-establishment.

Prepare yourself for lots of schoolboy humour about obesity and flatulence, which seem rather at odds with the serious subject matter.

As an observer in the play, who turns out to be Charles Dickens, tells us Hone was undoubtedly the father of Press freedom. And for that alone, the play is worth seeing and remembering in these times of fakery and deceit.

Tighter writing would render this a good modern commentary and its regional tour should certainly lead to a West End airing.

Trial by Laughter runs at the Theatre Royal, Brighton until Saturday, November 24. It’s tour also takes in Chichester in February and Eastbourne in March 2019.