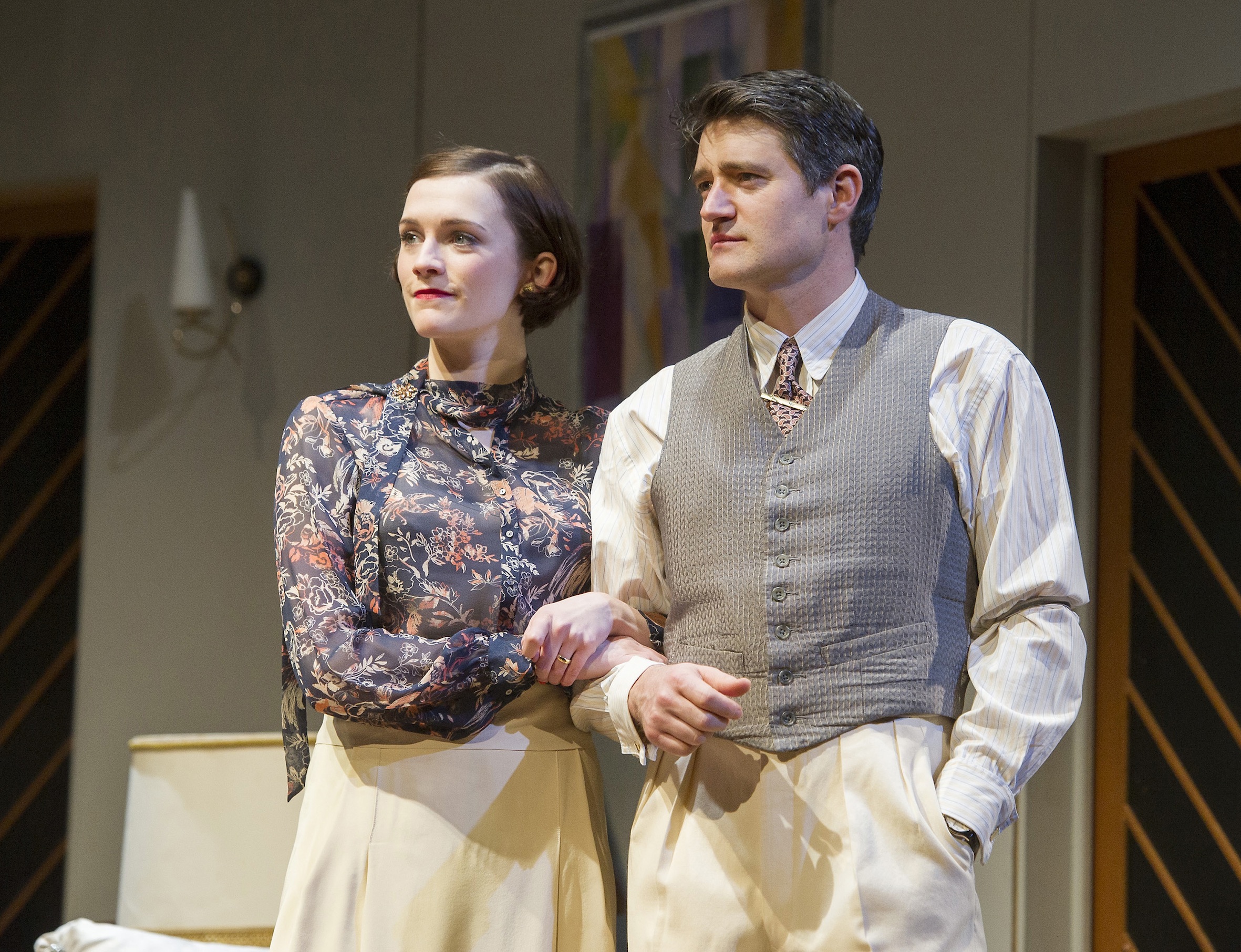 Noël Coward’s play is a gossamer thin confection about love and life amongst the beautiful and fabulously wealthy. Tom Attenborough’s production somehow manages to make heavy work of one of the lightest pieces in the theatrical canon. Despite some fine performances, lines that should sparkle like the finest martini glass never quite seem to fulfil their potential.

Eliot Chase (Tom Chambers) is a rich gentlemen of leisure – none of the characters ever mention employment of any type – on honeymoon with Sibyl (Charlotte Ritchie). By a rather unfortunate coincidence in the next hotel room along his former wife Amanda (Laura Rogers) is on her honeymoon with the slightly pompous Victor Prynne (Richard Teverson). After five years since their marriage broke up the divorced couple finds that, despite the fact they were poison to each other, there’s still some force of irresistible attraction.

Rogers plays the part well, she’s certainly vivacious and can deliver a put down with a withering froideur. Chambers fares less well; he’s not bad but doesn’t quite have the charm, the theatrical heft which even a role this superficial still requires to make the play work. Teverson is good as the ‘rampaging gasbag’, as is Ritchie who goes from sweetly vulnerable to ferociously angry over the course of three acts.

The play itself has some problems. It’s been a few decades since an audience could safely laugh at a man hitting a woman (even if she first breaks some gramophone records over his head first). The aggression Chase shows his wife – jokily threatening to put a meat cleaver in her head because she won’t fall in with his unreasonable requests – leaves a bit of a bad taste. And the play’s sheer inconsequentiality can become slightly irritating.

It’s hard to pinpoint exactly why this production doesn’t work. Perhaps some speed in the playing, a slightly more charismatic lead, and a set which is at least 75% more opulent might have helped.