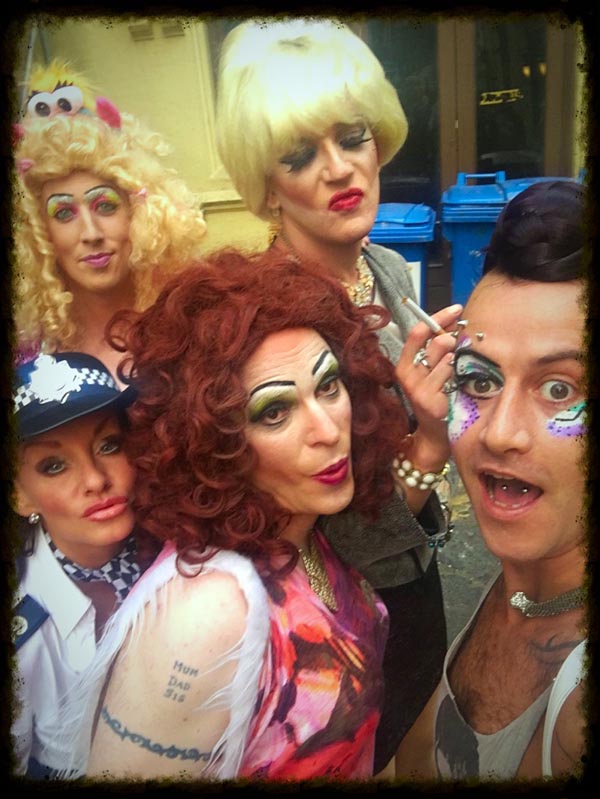 On June 4 excitement was in the air across the city after a fantastic month of high-class entertainment at this years Brighton Fringe Festival.

We excitedly skipped down to check out some of Brighton’s local cabaret talent taking to the stage for the final show in another hilarious Ab Fab dragged twist at the Gods ‘above Bar Broadway in Kemptown’ in Sweetie Darling Comes Again.

Playing to a sold out audience, the hilarious, hi-camp remixed script brought the show straight to life with the strong, well cast team performing, miming and bringing a whole new dimension to many loved scenes from the TV series.

With clever outlooks and double meanings the cast of this year’s Sweetie Darling Comes Again were on top form.

The performance featured some fabulous talent, including a word-perfect lip-sync of a very fast and intricate script by Saffy (Stephanie Von Clitz aka Steven Bank), and perfect character capture by the full cast.

All in all, a loveable, excitable enthusiastic performance by the full cast and crew, with all our favourite lines from the TV show, including ….. Is it a bee, …. A knitting needle and she’s inhaled the whole kitchen….

It was an Absolutely Fabulous fun-filled show bringing a camp evening of entertainment to Brighton.