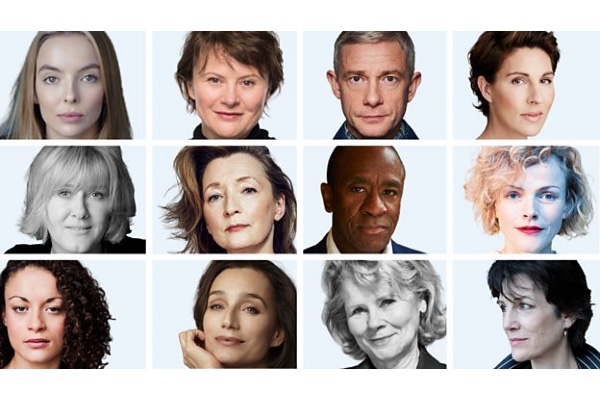 Nights in The Gardens of Spain is a deceptively romantic title for Tamsin Greg’s offering in this series. Again writer Alan Bennett has a rifle shot opening line: “ Nobody normally gets killed round here “ she says and adds that her neighbour killed her husband as a matter-of-fact elucidation. Of course things behind the suburban net curtains are never what they at first seem.

This is a tale of marital torture, of strange and inventive  sexual practices, of infidelity , of Premier League gardening skills, and the dire effect a murder  has on house prices !  It’s unsettling and funny throughout and its climax – not to put too finer point on it – is unexpectedly unfulfilled .

The Hand of God is a morality tale among the china and furniture of an antiques shop, run with arrogant sureness by Kristin Scott Thomas. The microcosm of village life comes under vicious scrutiny and the heroine’s come-uppance is sure from the first utterances.

Miss Fozzard Finds Her Feet , starring Maxine Peake, is an utter delight. Bennett at his Victoria Wood style best creates a wonderfully bizarre world of a chiropodist with News of The World fetishes, a shop lady who is trapped with a sick brother, and a life-changing fraud that in this instance doesn’t lead  to despair and poverty. It’s magic.

The final episode – if you watch them in the iplayer order  – is The Shrine – another strange tale of personal tragedy and obsession, of a husband who led a double life and of a devoted wife desperate to cling onto his memory, even though her illusions are shattered bit by bit. It’s a tour de force by Monica Dolan. And it’s worth it just for the few lines about the trendy motorbike vicar – “ a Rev who revs”

All 12 Talking Heads are on BBC iplayer. They repay watching twice. You can view them here: