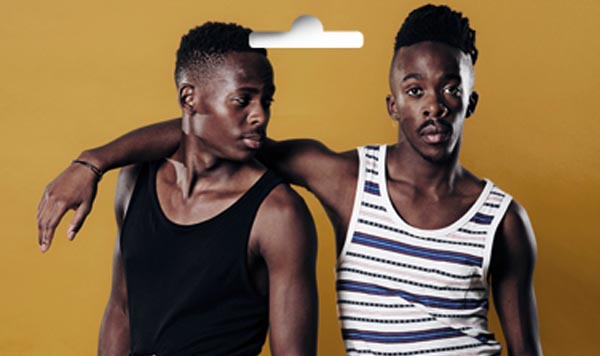 The 1980’s saw a major shift towards the emergence of a global gay club culture, but it was set against a backdrop of desperate levels of unemployment, riots, driven by racism, and AIDS casually reported as a gay plague.

Yet with the fear and repression, came hope and defiance – young gay people found a way to come together, to speak out against oppression – and nowhere was this more true than in the vibrant underground clubs.

Combining naturalistic drama, contemporary dance and underground nightclubbing, We Raise Our Hands in the Sanctuary is a new piece of dance-theatre performed in the round and making the audience part of the party to create a tale of hope and of determination, and a message for the here and now to never give up.

Disenchanted by the London gay disco scene of 1981, two best friends set out to build their own underground club, a place of pure escapism where prejudice, poverty and bigotry can be forgotten for a few hours, lost to the dance.

But success brings its own demons; ambition, addiction and the dawning onslaught of AIDS threaten to tear their friendship – and their sanctuary – apart. And when you’re young, scared, rebelling and vilified for your sexuality, the crucial importance of queer spaces and of gay friendship cannot be underestimated.

The performance is choreographed by accomplished director Mina Aidoo, who trained at the London School of Contemporary Dance and has worked across myriad theatre, music, film and video projects that fit very appropriately for a story set in 1980s London underground nightclubs. The work keeps the dancers at the very centre of the performance, an integral element of the story-telling, deploying their bodies alongside the actors, performing in parallel and commenting or expanding on the dramatic action.

Neither a recreation nor a pastiche of the styles of social dancing of the era, instead the movement uses the techniques and tools of contemporary dance, combined with the heart of disco, to explore the themes of sexuality, masculinity and race that are intrinsic to the show.

Inky Cloak creates new work with the core goal of making theatre about people who have the courage to live on their own terms – whatever the consequences. As trans rights moved further into the political and cultural mainstream two years ago, Inky  developed Cover Her Face, which re-cast John Webster’s Duchess of Malfi as the trans heroine of a 1950s London ‘honour killing’ tragedy.

Now, with gentrification sweeping away LGBT clubs and pubs in the capital, Inky Cloak’s new work spotlights the crucial importance of queer spaces and highlights why club culture matters on a political, emotional and human rights level.

Event: We Raise Our Hands In The Sanctuary