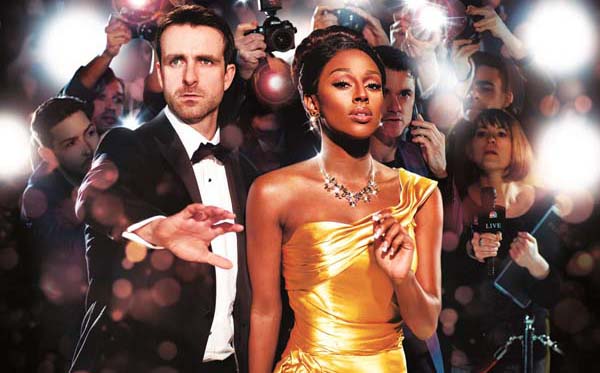 Your only chance to see The Bodyguard the Musical in the South East before West End run.

The UK and Ireland tour of hit musical The Bodyguard, starring fifth series The X Factor winner Alexandra Burke, comes to the Congress Theatre in Eastbourne before it transfers back to the West ENd from June 7-18.

Alexandra rose to fame after winning the fifth series of The X Factor. Her debut number one single Hallelujah sold over one million copies in the UK, a first for a British female soloist. Burke’s first album, Overcome saw the release of her subsequent number one singles Bad Boys and Start Without You.

In 2011 she embarked on her first solo tour and was invited by Beyoncé to support her I Am… Tour. Her second album, Heartbreak on Hold, was released in June 2012.

Carole Stennett played Nicki Marron in the West End production of The Bodyguard. Her other West End credits include Nala in The Lion King and Thriller Live.

Based on Lawrence Kasdan’s 1992 Oscar nominated Warner Bros. film, which starred Whitney Houston and Kevin Costner, the musical of The Bodyguard was nominated for four Laurence Olivier Awards including Best New Musical and Best Set Design and won Best New Musical at the Whatsonstage Awards.

Former Secret Service agent turned bodyguard, Frank Farmer, is hired to protect superstar Rachel Marron from an unknown stalker. Each expects to be in charge; what they don’t expect is to fall in love. A romantic thriller, The Bodyguard features a host of classics including Queen of the Night, So Emotional, One Moment in Time, Saving All My Love, I’m Your Baby Tonight, Run to You, I Have Nothing, I Wanna Dance with Somebody and one of the biggest selling songs of all time – I Will Always Love You.