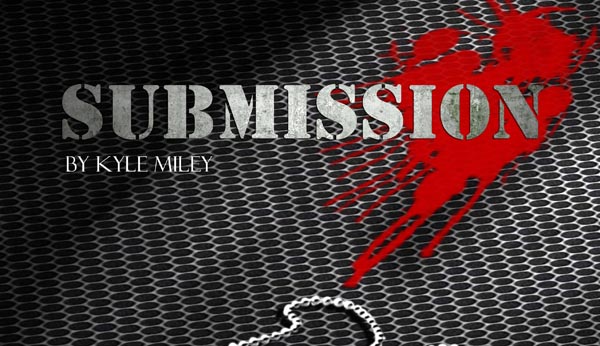 Submission, is a fascinating play about a solider with multiple personalities.

The play, to be performed during the Brighton Fringe Festival in May, presents the life of a soldier with a multiple personality disorder and is written, directed, produced and stars Kyle Miley.

The play is a dark comedy which explores important messages about isolation and internal conflict that people with multiple personalities often have to deal with in their everyday lives.

The play starts with a young man, dressed in rags and covered with dirt, stumbling blindfolded onto the stage dressed in rags, to find himself trapped in a confined space.  As he wakes, he has no idea why he is there or how he got there.

At first it appears he has gone mad from his prolonged solitary confinement but, as the story progresses, it becomes clear he is actually suffering from a form of split personality disorder. What follows is a darkly comic to and fro between the two polar opposites of the man’s psyche, ranging from taunting and teasing, to dark explorations of the past and even a weird game of I-Spy

One minute, the man can be seen taunting, a few minutes later, he may have fully changed and be teasing to dark explorations of the past, all based on the unfortunate condition that he has.

The play received its premier at the Bournemouth Little Theatre in August 2014 and the author is looking forward to bringing the production to a wider audience at the Brighton Fringe Festival, one of the largest Fringe Festivals in the world.

To read a review of the plays premier, click here:

Here is a clip from the play.