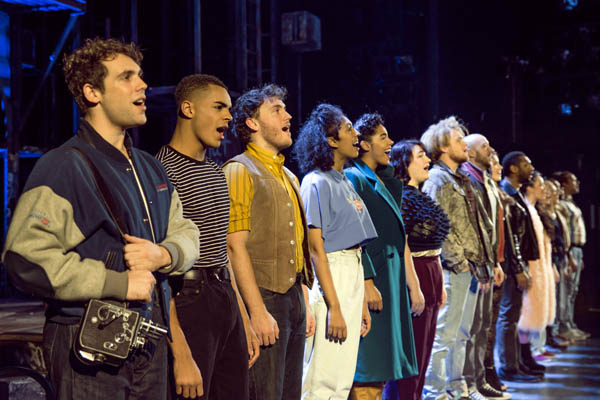 Larson’s musical, inspired by Puccini’s opera La Bohème, won four Tony Awards, six Drama Desk Awards and the Pulitzer Prize for Drama in 1996. The show ran on Broadway for 12 years, from 1996 and premiered in London’s West End in 1998 at the Shaftesbury Theatre and was adapted into a film in 2005.

Larson’s world is inhabited by a group of bohemian artists who struggle to maintain their friendships and their non-conformist ideals in New York’s East Village. Facing their problems head on, they make personal self-discoveries and find what matters most.

The poignancy of the story was heightened when Jonathan Larson died on January 25 1996, the night before the show’s first off-Broadway performance at New York Theatre Workshop. He never had the chance to see how his opus would become one of the all-time great musicals, loved by millions all over the world.

The score features songs such as Seasons of Love, Take Me or Leave Me, What You Own, One Song Glory, La Vie Bohème, Without You, I’ll Cover You, Out Tonight and I Should Tell You.

RENT premiered exactly 100 years after La Bohème was first staged to the world, the parallels between the two are strong but RENT stands alone as a stunning Rock Opera.

Time: Nightly at 7.45pm and matinees at 2.30pm on Wednesday and Saturday