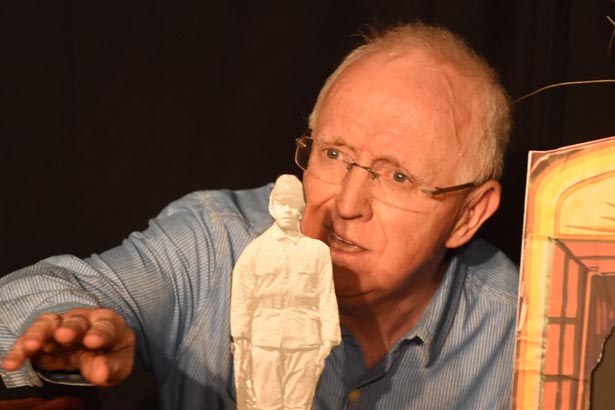 BASED on Patrick’s real life experience, GROOMED weaves three narratives: a betrayed schoolboy, a Japanese soldier and the inventor of the saxophone, into a revealing and profoundly human statement.

With specially commissioned music by Simon Slater and directed by Nancy Meckler, both Olivier Award nominees, GROOMED is a blend of testimony, graphic narrative and live music.

Martyn Sullivan, Mankind’s CEO, said: “I was approached by Patrick Sandford in 2015 after he had completed one of our therapeutic groups to invite me to see a private showing of GROOMED, a play he had been writing for about 10 years! I immediately saw its potential and gave it its public premiere at the Fringe in 2016 where it won three awards!”

To book and for more information, view: www.mkcharity.org/groomed