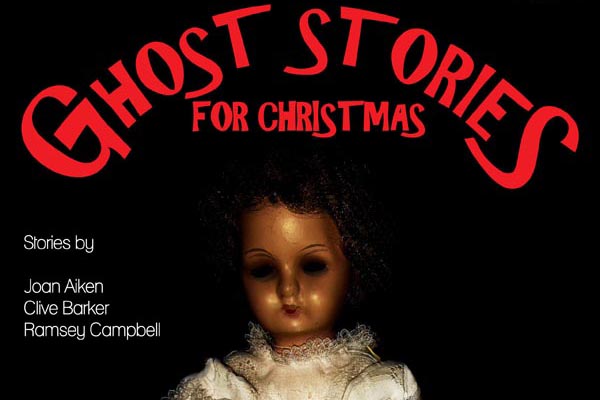 Now in its 6th year, Brighton’s original Ghost Stories for Christmas returns to the Lantern Theatre in Kemptown for an evening of macabre and chilling tales.

CREATED in 2013 by producer and actor Craig Johnson the Ghost Stories for Christmas project has established itself as a regular feature of the Brighton Christmas season whilst raising funds and awareness for local charities.

Over the past 5 years the production has raised over £3000 for local charities The Clocktower Sanctuary, Rise, Fareshare Sussex, The Sussex Cancer Fund and Allsorts Youth Project whilst bringing a seasonal chill to their seaside home.

Inspired partly by the Victorian tradition of telling Ghost Stories at Yuletide and partly by the classic BBC adaptions from the 1970s, over the years the show has developed from its initial incarnation of pure storytelling into a night where storytelling meets theatre in a dalliance with the macabre.

Whilst early productions featured classic stories by M.R James, Charles Dickens and E.F Benson, in more recent years the team have been honoured to gain permission from Ramsey Campbell, Stephen King and Agatha Christie Ltd to include their stories in the show.

This year’s production Ghost Stories for Christmas – Now We are Six features stories by the legendary Joan Aiken and British masters of horror Clive Barker and Ramsey Campbell, and promises a journey through the darker sides of childhood, with tales of ghosts, vengeance from beyond the grave and something rather nasty lurking in the chimney.

​Tickets for this year’s show are £10 with proceeds donated to the Brighton Alzheimer’s Society.

Guests will receive a mince-pie and a glass of mulled wine or apple juice on arrival.