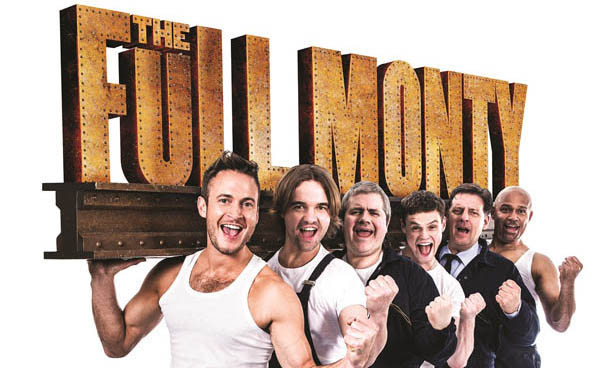 The stage adaptation of the iconic film The Full Monty comes to Eastbourne’s Congress Theatre on Monday 5 – Saturday, October 10.

The Full Monty, is about six out-of-work Sheffield steelworkers who decide to raise some cash by putting on a strip show. The film took the world by storm in 1997 and has become one of the most successful British movies ever made.

Now, the boys return, only this time, they really have to go The Full Monty…live on stage!

The star-studded cast includes: Gary Lucy (Eastenders, Footballer’s Wives, Hollyoaks, The Bill) as Gaz; Andrew Dunn (best known as Tony in Dinnerladies and Alistair Campbell on Bremner, Bird and Fortune) as Gerald and Louis Emerick (Brookside, Last Of The Summer Wine) as Horse.

Martin Miller continues the line up as Dave (recent credits include Hitchcock in the New York production of The Lovesong Of Alfred J Hitchcock), Bobby Schofield makes his stage debut as Lomper and Rupert Hill (Jamie Baldwin in Coronation Street) is Guy.

The production features many of the popular songs from the film by Donna Summer, Hot Chocolate and Tom Jones.

Simon Beaufoy, the Oscar winning writer of the film, has gone all the way with this adaptation that’s getting standing ovations every night. The Full Monty is Simon’s first work for the theatre. His screen credits include winning the Bafta for The Full Monty, 127 Hours, Salmon Fishing in Yemen, Slumdog Millionaire and The Hunger Games: Catching Fire.

You can catch The Full Monty and watch as Gaz, Gerald, Horse, Dave, Lomper and Guy shed their inhibitions (amongst other things) at The Congress Theatre from 5-10 October 5-10.

Times: Evenings at 7.30pm with matinee’s at 2.30pm on Thursday and Saturday