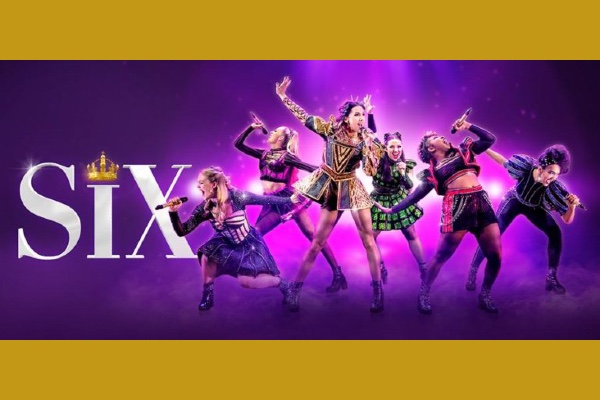 The award-winning smash hit musical Six will be the first West End show to re-open this summer after lockdown – though not in a theatre.

The rocking re-telling of the story of Henry VIII through the very different perspective of his six wives , was due to tour including to Brighton but was caught by the virus shutdown of theatres. Its original London production was reviewed by Gscene.

On the very night of its Broadway opening on March 12, New York shut the theatres, and productions in London and Australia were  also closed.

Now audiences will have the chance to see the magic of this show from their vehicles at drive-in venues across the UK.

The show will be presented for 8 shows a week at Colesdale Farm, Enfield and outdoor sites at Birmingham, Bolton, Bristol, Cheltenham, Edinburgh, Leeds, Lincoln, Liverpool, Milton Keynes, Newmarket  and Teesside.

Written by Toby Marlow and Lucy Moss, it’s produced by Kenny Wax. Kenny said : “ This drive-in event offers 50 jobs, including cast, musicians, crew and freelancers. We are using both West End and touring casts , rehearsing and touring in a bubble. “

Each performance will be limited to 300 vehicles. It’s a terrific full-bodied night of fun.