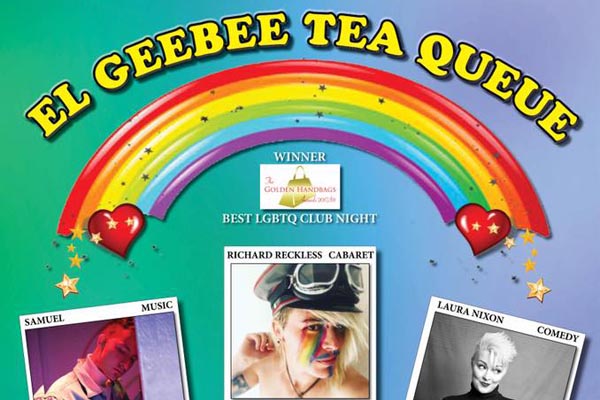 Paul Diello returns to the cellar bar of the Brunswick Pub in Hove with award winning, El Geebee Tea Queue to present yet another selection of the finest LGBT+ talent the scene has to offer.

Winner of the 2018 Golden Handbag Award for Favourite LGBT+ Club Night in Brighton and Hove, expect fabulous performances from:

♦ Samuel – Music
Renowned for his catchy cinematic pop music, Samuel is an independent artist who is proving that you don’t need a record label to succeed in the twenty-first century.

♦ Sophie Duker – Comedy
Sophie Duker describes herself as a “sexy-cerebral comedy underdog” and is quickly establishing herself as one of the most exciting new acts on the circuit.

♦ Hans Euff – Cabaret
Hans Euff is a Brighton based drag king and producer from Brighton, creating queer art and safe spaces throughout Brighton and beyond.