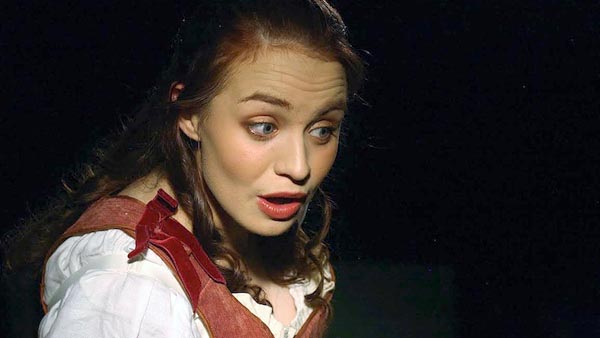 The Masks of Aphra Behn

It’s 1677 and an audience getting ready to watch Aphra Behn’s The Rover are in for a surprise. For the show has been cancelled and in its place Aphra herself recounts the extraordinary tale of her time as a spy for King Charles II in the Dutch Wars, and how she became the first professional female writer. Complete with excerpts from Behn’s letters, poetry and plays, this vivid and thought-provoking one-woman show brings one of theatre’s most brilliant raconteurs back to life.

Written and performed by Claire Louise Amias and directed by Pradeep Jey.

The darling strumpet of the crowd. Nineteen-year-old Nell is celebrated for her comic acting but Charles Hart, her manager and former lover, keeps casting her in tragic roles in order to embarrass her in front of her new amour, King Charles II. So, aided by the audience in the Pit, she concocts a plan to win Hart round and consolidate her roles as both comedienne and king’s courtesan. A play about a woman’s choices and power – but mainly just good old bawdy fun.

With Lucy Formby as Nell, written by Laura Ingram and directed by Andrew Corelli Jones.

Event: The Masks of Aphra Behn and Nell Gwyn: An Epilogue

Raise funds for Rise, the charity for victims of domestic violence