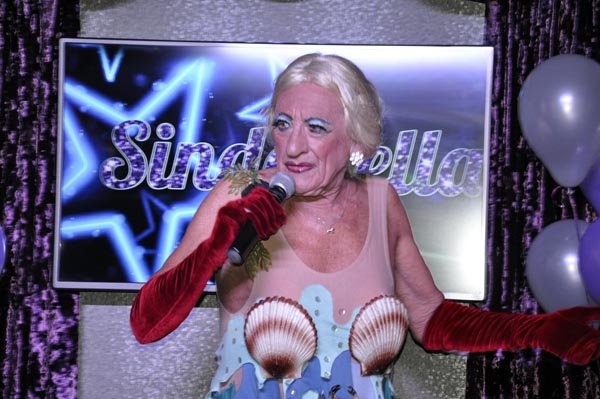 Sinderfella receives official launch at the Queens Arms with the announcement that local drag legends Dave Lynn and Maisie Trollette have joined the company for the star-studded panto, written by Andrew Stark, directed by Quintin Young with musical direction by Marc Yarrow.

Dave and Maisie will be joining Miss Jason, Lola Lasagne, Davina Sparkle, Jason Lee, Allan Jay, Wezley Sebastian and Christopher Howard in the star-studded panto which will run at the Sallis Benney Theatre between February 4-14, 2016.

James Ledward received a surprise presentation from Peter Storrow, Tony Chapman owner of Legends and Paul Gray owner of The Brighton Sauna of a luxury cruise on the Queen Mary 2 with £500 onboard spending for him and his husband Besi, to thank James for the community work he had done over the last 21 years.