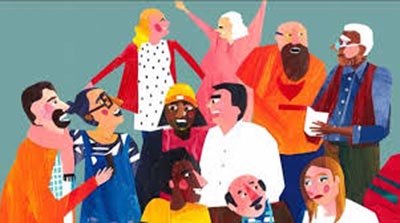 Brighton People’s Theatre launch year-long programme to build a theatre company created by, for and with the people of Brighton & Hove.

THE programme will be open to everyone, but specifically aims to involve people who have never professionally, or otherwise, engaged in theatre.

Artists including Selina Thompson, Alan Lane, Suhayla El Basra and Luke Barnes will lead workshops, develop new ideas, and work with participants to challenge how theatre is made and consumed in the UK.

As part of their series of masterclasses, participants will stage a live version of an iconic music video with Selina Thompson, create a chain gang with audio-visual artist Sam Halmarack, put pen to paper with Tim Crouch and learn about theatre writing, work as an ensemble through movement with Dan Canham, and play fun, messy, practical games to explore directing with Emily Lim.

The year-long programme of workshops, masterclasses, theatre clubs and events in partnership with the Paul Hamlyn Foundation, Brighton Dome & Brighton Festival and Attenborough Centre for the Creative Arts (ACCA), aims to demonstrate an appetite for a permanent people’s theatre in the city, and will seek to work with at least 100 local residents who are not currently engaged with arts provision in the city. All activities are offered on a Pay-What-You-Can basis.

‘The wealthiest, best-educated, least ethnically diverse 8% of the population are the main producers and consumers of publicly subsidised theatre. Low engagement is more the effect of a mismatch between the public’s taste and the publicly funded cultural offer”. (The Warwick Commission’s 2015 report into cultural value)

Naomi Alexander of Brighton People’s Theatre said: “If all the world’s a stage, then theatre is for everyone. We are passionate about changing the way that theatre is made so that it is more reflective of society as a whole.

Brighton People’s Theatre is open to anyone who is curious about what theatre could mean in their lives. We’ve got a fantastic programme of activities over the year for people to try on a Pay What You Can basis. Take a look at our website for more details. Come and play.”

Ushi Bagga, Senior Grant Manager, Paul Hamlyn Foundation, said: “Paul Hamlyn Foundation is committed to supporting organisations who want to widen access and deepen participation in the arts. Brighton People’s Theatre is setting out to explore and test their role as a civic theatre for the city. Their new network for people who want to explore theatre-making, offered on a Pay What You Can basis, provides opportunities for participants to learn from high calibre artists on themes such as storytelling and working outdoors. We are particularly interested in the opportunity for anyone who is part of the network to decide what the company does next through contributing their ideas for future productions and creative projects. We look forward to finding out what the company learns through this process.”