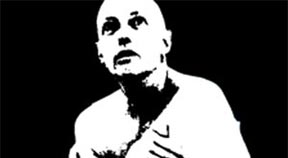 Mirando is an exuberant adaptation of William Shakespeare’s The Tempest. Four centuries after the death of the playwright, this production will honour the original text but re-imagine the play with gay characters.

Behold the transformation of Prospero’s daughter Miranda into the son Mirando. Martin Lewton’s new work looks at the classic text afresh in light of current social changes and controversies. He aims to celebrate the original play and also the possibilities of this ‘brave new world’ of equality emerging in contemporary society.

Award-winning company Theatre North specialises in work with an LGBT sensibility and is aimed at a wide audience. MIRANDO has recently received Arts Council funding for research and development, culminating in three showings to industry professionals in London, Brighton and Manchester with a view to developing a tour in 2015 -16.

Event: Mirando – a re-imagining of Shakespeare’s The Tempest.