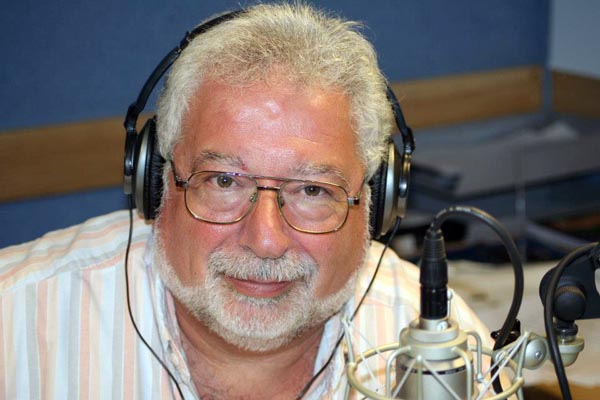 TV presenter and broadcaster Mike Mendoza joins the line up of Sinderfella the Adult Panto at the Sallis Benny Theatre in February.

Mike will be playing the role of Lord Chamberlain when rehearsals start in January.

Final preparations for the Panto, led by the creative team of Quintin Young and Andrew Stark are well under way, and Musical Director Joe Paxton will be joining the company for the entire run. Joe teaches music at the University of Sussex where he is studying for a PhD researching musical communication and interpretation in ensemble performance and he is Music Director at St John’s Burgess Hill and conducts the Brighton Early Music Festival Community Choir.

Currently the all-star cast for Sinderfella are appearing in Panto and cabaret throughout the UK and will assemble in Brighton in mid January to commence rehearsals for their opening night on Thursday, February 4.

Allan Jay is playing Prince Lorenzo in Snow White, Glasgow. Dave Lynn is playing one of those nasty step sisters in Cinderella with skating legends, Torvill and Dean at the Opera House, Manchester and he will also be appearing in the Christmas edition of Birds of a Feather on ITV. Miss Jason is playing to rave reviews: “Best Panto Dame I have ever seen” as Sarah the Cook with X-Factor winner Sam Bailey in Dick Wittington, Aylesbury. Lola Lasagna is playing Widow Twankey in Aladdin, Leeds and Chris Howard is playing Slippery Sid in Snow White & the Seven Dwarfs, Skegness.

No Brighton production would be complete without an appearance at some point from that legendary Brighton institution Maisie Trollette. who will be appearing as if by magic at each performance.

Add to that the talents of Davina Sparkle, Jason Lee and Cassidy Connors who are appearing nightly in cabaret throughout the UK and you have the ingredients for a fabulous. X-rated, high performance show.

Quintin Young who is staging the Panto, said: “This production is set to raise the bar and maintain the first class tradition of alternative adult Pantos in Brighton & Hove”.

The Sinderfella production company have arranged a special show and meal deal for mid-week performances only which include a champagne cocktail on arrival, two course dinner and ticket for the Panto, at Cote Brasserie, 115-116 Church St, Brighton and all for just £27.50