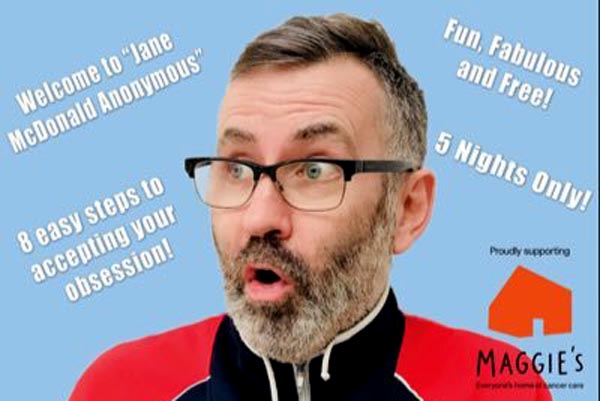 IN a cramped upper room in a Brighton pub, he takes us through the eight steps to celebrating our joint obsession about the Yorkshire singing star.

But there’s a problem here, not of the delightful Craig’s making. You rightly assume that a tribute to a star will have a knowledgeable audience. But oops, half of those watching his first night had never heard of her.

He seems somewhat taken aback by this news. But it doesn’t put him off. He embarks anyway on his voyage – maybe more of education than the confession he had planned. In real life Grant has written regularly to Jane and got no replies.

Imagine his surprise when the singer turns up at his school with a TV crew to film an episode of Jane and Friends, her hit tv show.

So in the end, Grant achieves his lifelong ambition, and it’s not clear where he goes from here.

But his hour of stand-up comedy combined with a really poignant description of his current fight with a virulent form of cancer, is a show that over time will get honed into something sharp and witty.

At the moment it has rough edges, which need polishing, but his apparent haphazard progress through the show is perfectly acceptable.

He deserves to get a wider audience and hopefully one who knows who Jane MacDonald is!

Whatever happened to Baby Jane McDonald? runs at the Caroline of Brunswick, as part of the Brighton Fringe until June 1.