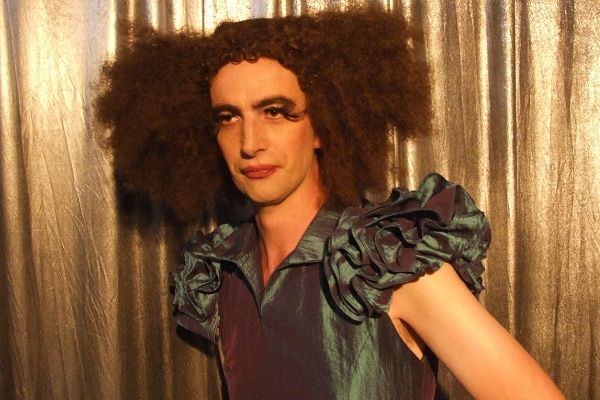 Frances Hubbard gets filmmaker Matthew Hellett’s view of how disability-led arts organisation Carousel supports an under-represented group and how his latest initiative, Queer Freedom, aims to break down barriers to inclusivity in film

Carousel was founded in 1982 by a small group of Brightonians, when support for learning disabled people in the arts was virtually non-existent. Beginning with workshops in hospitals, special schools, and day centres, it has gradually grown into the award-winning learning disability-led arts organisation and charity it is today. Steered by the learning disabled people it represents, Carousel enables them “to develop and manage their creative lives, true to their voice and vision, challenging expectations of what great art is and who can create it”.

One such artist is learning disabled, gay filmmaker and lead programmer of Oska Bright Film Festival, Matthew Hellett, who has worked with Carousel for over 20 years, which is, as Matthew observes, “longer than most marriages”.

A regular participant and performer in a wide range of Carousel events that have spanned the arts, it is perhaps his filmmaking and drag queen performance art that have most directly confronted the ways in which he feels different. His work explores how LGBTQ+ and learning disabled identities manifest creatively against the odds. Being as they are, in Matthew’s words, “a minority within a minority”. It has, however, taken time, acceptance, and growing confidence to address these issues directly, and his filmography thus far reflects his varied interests and passions…

His first film, Cooking With Matthew, won the Best Overall Film Award at the 2005 Oska Bright Film Festival, Carousel’s original (and the first) international festival of short films made by people with learning disabilities. Following on from this success he was awarded a Carousel training bursary that enabled him to write, direct and perform in his second film, Unusual Journey. Not only did this short feature on Brighton & Hove Council’s website, it was seen by a whopping 200,000 people when Fat Boy Slim screened it at his New Year’s Day gig on Brighton beach in 2007.

It was during this time as he was naturally enjoying a taste of the limelight that Matthew developed his drag queen performance act, Mrs Sparkle, who became the regular hostess of the Blue Camel Club, THE Brighton club night for learning disabled people and their friends. She went on to star in her own film, the 2008 Sparkle, a collaboration with Simon Wilkinson from Junk TV. In the same year Mrs Sparkle presented a number of awards at the legendary Gscene Golden Handbag Awards. As if the glamour of this wasn’t enough, s/he rose to international stardom the following year when Sparkle went on to win the Best Documentary Award at Picture This International Film Festival in Calgary, Canada.

Although Matthew hasn’t performed as Mrs Sparkle for a while, he says: “The learning disability drag scene is having a moment in the world right now, so watch this space.”

After being accepted on to the prestigious Guiding Lights Scheme in 2017/8, the UK film industry’s leading mentoring programme, Matthew became the Lead Programmer for Oska Bright. In this role he says: “It is an honour to watch all these amazing films and to decide what films get shown,” thereby nurturing a new generation of learning disabled artists. This creation of an inclusive community built on the idea of legacy is key to Carousel’s success.

When asked how important Carousel has been in supporting his work and development, Matthew replies: “Hugely important. They’ve given me a platform for my creativity as a filmmaker, performer and programmer.”

And in terms of how Carousel has crafted the specific support needed to help Matthew, Lisa Wolfe, marketing manager for Carousel, explains: “There are no rules, no specific tasks and definitely no pressure. We help all our artists to develop their particular craft and express their creativity as they wish. If they want to focus on gender or disability that’s fine with us, but equally they may want to make films about cooking – like Matthew did. We’ve supported him as a film enthusiast and campaigner, finding ways for him to collaborate and become media savvy. He’s met heads of industry and festival directors and travelled the world influencing others. What Matthew has achieved is an inspiration for us all.”

One of these important achievements is his introduction of a new LGBTQ+ strand to Oska Bright, the extremely popular Queer Freedom. This is an exploration of the intersection of queerness and disability with films about gender, friendships and the importance of language. Matthew also continues to speak at film festivals around the world as he pushes for a more inclusive film industry. However, while he acknowledges that “our festival opens people’s eyes and minds to other opinions and perceptions”, when asked if he has felt or continues to feel like an outsider in the arts because he is a learning disabled gay man, Matthew replies: “I’d love the answer to be no, but yes, I have felt outside the mainstream. Sometimes people put up barriers or don’t know how to approach me. When I first went to industry events like Bust The Bias with execs from Sky, Channel 4 and BBC it was hard to be heard, but I’m far more confident now. Whether it’s because I’m learning disabled or gay is open to question; maybe all the art world is just as cliquey.”

Regardless of this what is important is to keep making work and to keep shouting about it. As Matthew explains: “Oska Bright is managed and presented by learning disabled people – we’re the ones giving the keynote speeches and announcing the Awards. 50% of Oska Bright audiences don’t have a learning disability…that’s a really important statistic for me as it shows we’re having a much bigger impact.”

Testament to the power of film as medium for change is his programming of the brilliant Irish film Sanctuary, in 2017. A film “about a learning disabled couple escaping to a hotel to have sex, which was illegal in Ireland at that time. That film helped change the law. A key part of my role as programmer is to find great films which can surprise and challenge”.

So be prepared to be surprised and challenged and get yourself to the next (biennial) Oska Bright Film Festival in 2021. As somebody who goes along every year I can say that if you have an interest in film and identity, you won’t be disappointed.