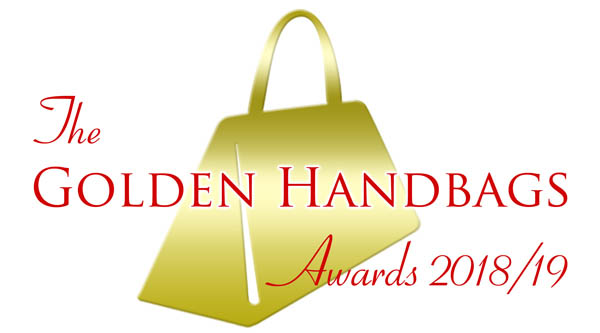 Kara Van Park joins this year’s spectacular lineup of performers to bring the curtain down on the Golden Handbag Award season in 2019.

THE annual award ceremony celebrating everything fabulous about LGBT+ Brighton & Hove, takes place in the magnificent surroundings of the Oxford Suite Ballroom at the Brighton Hilton Metropole on Sunday, June 23 at 7.30pm.

Kara joins ex-Collabro star Richard Hadfield, Mary Mac and Gabriella Parrish in what promises to be a night to remember at Brighton’s own ‘Gay Oscars’.

The glittering award ceremony will this year be using the spectacular Moulin Rouge set from the Midsummer Ball being staged the night before at the Hilton Brighton Metropole, and will be hosted and presented by the indomitable Lola Lasagne.

Mary Mac will be jetting in from Lanzerote where she lives especially for the evening to join vocal powerhouse Gabriella Parrish who appeared on a BBC show about Adele impersonators which included, unknown to the contestants Adele herself. Gabriella returns by popular demand after her stunning debut at the Golden Handbags in 2017 when she received the Golden Handbag for favourite singer.

Mary and Gabriella will be supporting Richard Hadfield who won Britain’s Got Talent in 2014 with musical theatre vocal group Collabro. Before Richard left the group to pursue a solo career in 2016, Collabro’s first album Stars debuted in the UK album charts at number one with their second album Act Two reaching number two. Their first national tour culminated with a sold out headlining show at the London Palladium.

You can still vote in this years awards online at www.gscene.com

Voting will close at midnight on Monday, June 17.

The awards, now in their twenty fourth year, celebrate everything fabulous about Brighton’s LGBT+ communities while also recognising the magnificent work done by volunteers fifty two weeks of the year in LGBT+ Brighton & Hove.

All VIP tables have sold out, but individual unreserved tickets on public tables costing £20 are still available from Prowler at 112 St James’s Street, Brighton. Prowler do not charge a booking fee so you need to attend in person at the shop and pay in cash. If you experience difficulties securing a ticket email info@gscene.com

Headline sponsors of the glittering awards this year are Reveries Event Production and Design who are providing the sensational Moulin Rouge set, stage, lighting design and production on the evening, E3 Events and PSAV®.

Once again this year Security and Event Solutions will provided security personnel for the evening and the tables in the ballroom will be dressed by Billie Lewis Promotions.