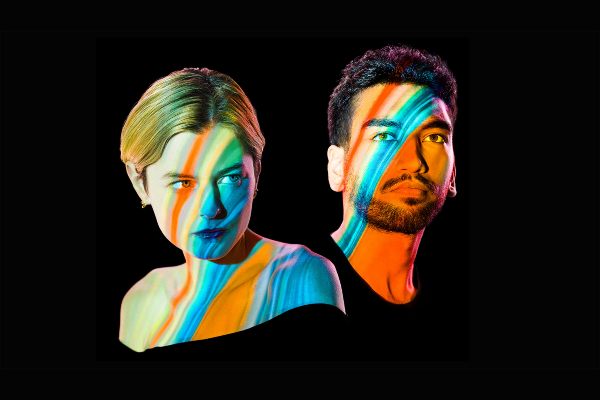 The wonderfully inventive Curve Theatre, Leicester ,  which recently brought us online versions of Sunset Boulevard and The Color  Purple , now opens its doors for physically present audiences with a season which includes:  South Asian dancer /choreographer Aakash Odedra performing  in Rising on 24/25 May.

From 27 to 29 May the theatre offers Katie Lam and Alex Parker’s Am Dram  – A Musial Comedy . Welcome to the Great Osterley North Amateur Dramatic Society – GONADS for short ! The company reigns supreme in their village hall until the arrival of a new contender for leading lady and a professional director throw  the group into chaos . The show features Janie Dee, Laura Pitt-Pulford , Raj Ghatak and Wendy Ferguson – sounds a hoot.

The season ends with a musical explosion – The Music of Andrew Lloyd Webber – directed  by Nicolai Foster, with extracts from Phantom ,Cats, Evita , Jesus Christ Supestar , and the rest,  and featuring  a recorded video appearance by  His Lordship ALW himself . With a cast  to be anounced, it runs from 7-19 June.  Tickets at curveonline.co.uk

Sonia Friedman Productions has announced a star-studded season of plays at the Harold Pinter Theatre in London’s West End. First off is Walden by Amy Berryman, starring Gemma Arterton, Fehinti Balogun and Lydia Wilson. It’s the story of Cassie a NASA botanist and her estranged twin sister Stella, an ex-NASA scientist ,  who end up in a remote cabin in the woods with Stella’s new partner the climate activist Bryan. It’s a story of old wounds and rivalry that raise the emotional temperature. It runs 22 May to 12 June.

It’s followed by Yasmin Joseph’s debut play J’Ouvert. Running from 16 June to 3 July, it takes us back to the Notting Hill  Carnival of 2017 where Jade and Nadine are fighting for space in a world that should be theirs. It’ s a timely echo of Caribbean resistance across the centuries.

Anna X stars Golden Globe winner Emma Corrin ( The Crown ) and Nabhaan Rizwan, making their West End debuts. We are immersed in a world of front-row fashion shows and endless parties as Anna and Ariel try and fail to keep up with New York’s dazzling social elite. It’s a searing tale of self-invention and deceit, written  by Joseph Charlton.  It runs from 10 July to 4 August. Tickets for the Friedman season  at atgtickets.com

Finally London’s Bridge Theatre presents Bach and Sons – a funny new play about Johann Sebastian Bach and his family of musicians , asking us what is art for ? It’s by Nina Raine and stars Simon Russell Beale . It’s followed by Suzan-Lori Parks’ White Noise – an unflinching look at race in the 21st Century from both a black  and white perspective, in its European premiere , after a huge triumph in New York.

The Bridge is also bringing back its highly innovative production of Vox Motus’s Flight. From a private booth, complete with your own headphones , you’re drawn close to this tale of orphaned brothers and their desperate odyssey from Kabul across Europe , depicted through detailed model sets and figures . This intimate experience runs  from 17 May to 6 June. More information at bridgetheatre.co.uk