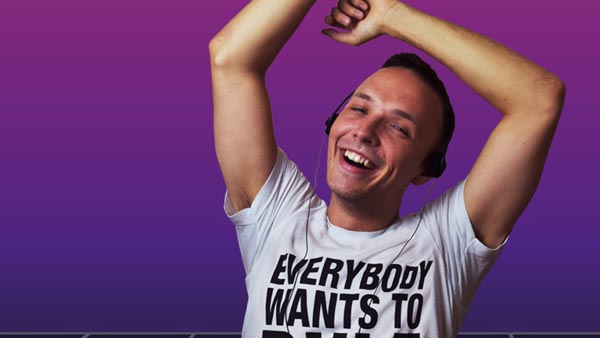 The angst of being a 15-year-old boy, innocent, guilty of you know not what, unsure of your feelings about yourself and others, occasionally suicidal – I identify with that.

BUT add being gay – or maybe gay – unaware of the true feelings that might be prompting you , and not even able to bring yourself to say the word “gay” – that’s a whole new ball game played out in Really Want to Hurt You.

And it’s cleverly interwoven with the pop culture of the 1980s when our principal character is 15 and 16 years old. It’s the world of Boy George, the Smiths, the Cocteau twins and the Eurythmics.

Ryan Price is truly electric as the cute gay boy trying to grow up. He is at once self-assured, but weak-willed, defenceless against the daily school bullying, a mass of confused hormones.

What Ryan catches perfectly is the intelligent, artistic and thoughtful teenagers emerging talent as an actor – based I’m guessing on writer/director Ben Santa Maria’s own life story.

The incessant bullying violence , name calling and early signs of attraction to other boys is also displayed in high energy dancing where the boy escapes into the fantasy world of 80s pop culture.

It’s a very believable, assured, subtle and loveable portrayal which Ryan Price offers, and as the show ends, he is still finding his way in life. You know what? he’s going to be ok.

Really want to hurt me plays at the Assembly Hall, Edinburgh throughout August.