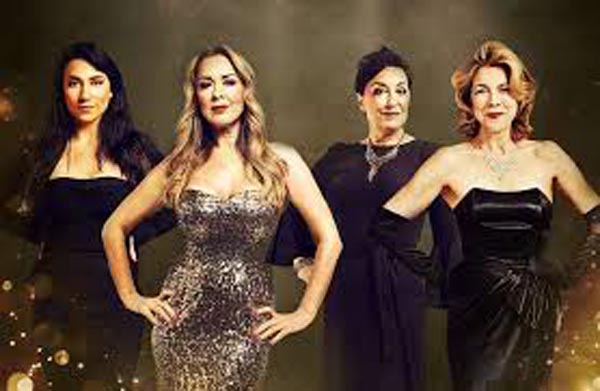 Claire Sweeney, star of Brookside, Celebrity Big Brother, Chicago, Guys and Dolls and many more shows is as unpretentious as they come.

SO it’s a shame the producers of this hour of diva songs and stories have invented a very lame structure in which to present the entertainment.

Every few minutes a highly annoying and irrelevant series of video images pops up on the back wall and a question is posed for Claire to answer.

Though some – like her first appearance on a stage are relevant and interesting, some like what. Woman she would like to see on a banknote are clearly not.

She seems slightly non-plussed by the procedure and since its is done ten times in the show, it just becomes a source of annoyance and means she sings less than the audience would love her to.

Her life-story is interesting — child performer on working men’s clubs to stage star opposite Patrick Swayze  and her bubbly honesty shine through, but in the singing stakes she excels.

From the title song right through to a stunning four-song Andrew Lloyd Webber medley, she barely sets a foot wrong.

She is surprisingly sexy in the Trolley Song, but well on top of her game in a raunchy medley from Chicago and an equally steamy version of Peggy Lee’s classic Black Coffee.

When she comes and chats and sings in the midst of the audience you can see why she has been a consummately successful entertainer for 30 years.

Danielle Hope and Ria Jones will each take over the role for the rest of August at the Underbelly at McEwan Hall, Edinburgh.