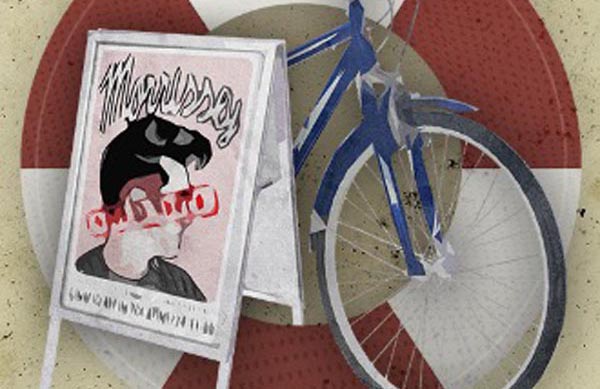 But does the rubber ring true?

Energetic and charming, just like its writer/performer, James McDermott, RUBBER RING is an engaging tale of adolescent uncertainty and a refreshing snapshot of growing up queer in Norfolk.

Although somewhat predictable, the story was fast-paced and the script had moments of poetry and earnestness – I was genuinely hooked ‘til the end. The character of Billy, the gender-queer Londoner that opens the eyes of our naive protagonist Jimmy, was a highlight and I was sad to say goodbye to them.

On the other hand, I was confused about when the story was set. Jimmy’s outlook on being queer and his musical taste screamed mid-nineties, but then he pulled out his iPhone to check Tinder.

His connection to Morrissey could have been clarified too – beyond the fact that he dated both men and women, why Morrissey? What about his music spoke to Jimmy? Not that I needed a choreographed number (…I wouldn’t have said no…), I wanted to know how and why the music inspired our lovable lead.

I also wanted a bit more differentiation between the characters (voice, physicality, gesture, etc.). At some points I couldn’t tell who was speaking.

Most importantly, I wanted to know how much of this story was true. Some moments felt full of heart (like Jimmy’s relationship with his mother), while others felt contrived (like the moment he met the young lady on the train). Call me old-fashioned, but I prefer solo performance that is raw and confessional, and throughout the 60 minutes of Rubber Ring I couldn’t help but wonder if I was being cheated much-needed authenticity.