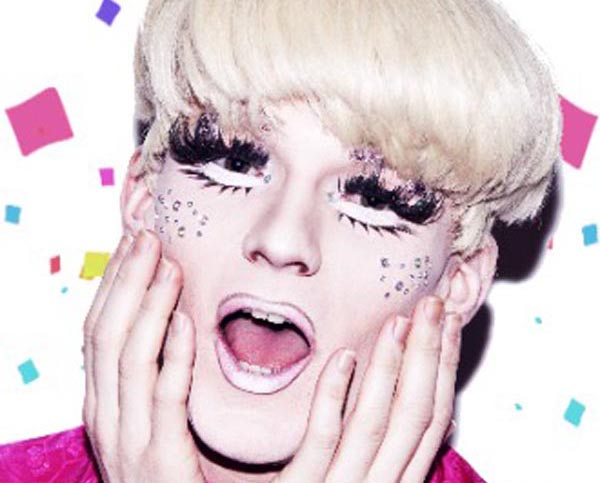 Alfie Ordinary, the son of a drag queen, is sent to Madame LeCoq’s Preparatory School For Fabulous Boys which is like Hogwart’s for the gender fluid. He tells us about coming out as ‘fabulous’, sings songs such as YMCA and, in a terrible misstep even for a show I wasn’t keen on, gives us a mini-lecture about heteronormativity.

Although Ordinary certainly has presence, and there’s something interesting about the character, the material is pretty substandard. At LeCoq’s he does his GCSEs which here stands for Gorgeous Certificate of Sassy Excellence.

Nearly all the jokes are pretty much of this calibre – they kind of work without actually being funny. The school doesn’t have Eton-style fags, it has ‘fabs’. However, there’s one bit where the off-side rule in football is explained in terms of buying shoes which comes closer to hitting the mark – it’s at least recognisable as a tight piece of writing.

There’s something about the performer I warmed to but just before the final song we get a ridiculously sententious speech about how Alfie’s world doesn’t exist and how awful it is that gender stereotypes are foisted upon children in order to further the aims of capitalism. I’ve no problem with this politically, but if you have to laboriously spell out to the audience what the show is about it probably needs a bit of a rewrite.