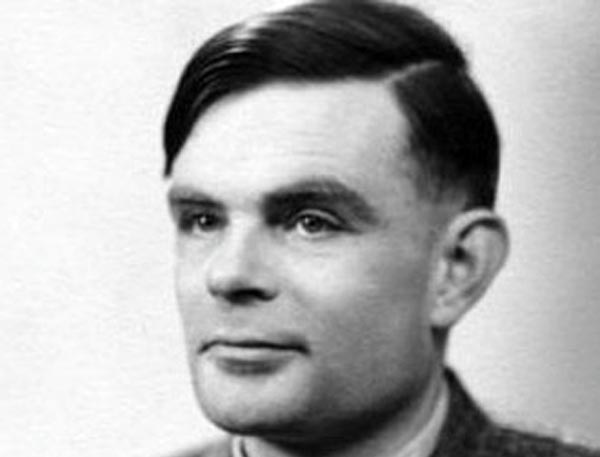 Books, plays and films about the life and death of the brilliant code-breaker Alan Turing are many and varied.

This is the second musical on his life which I have seen in recent years , and as it’s 50 years since homosexuality was decriminalised, it’s a timely re-visit to the subject matter.

This is a very bold and brave musical offering by Jane Bramwell and Michael Brand and presented by Oxford Music Theatre. They base the structure and content on a Passion  and so there are detailed parallels between the life, sacrifice, death and even resurrection of Christ and of Turing. Both are betrayed, both punished by the State for the wrong kind of love and both vindicated – in Turing’s case with a posthumous Royal Pardon.

The parallels are at times strained and although this production is staged in a fantastic Gothic Victorian church – St Mary’s Kemptown, it doesn’t quite work for me.

In fact the physical setting is at times very problematic from an audibility point as the head mics often fight against the soaring architecture and natural acoustic of the church itself.

That said, there are stunning performances all round and the solo songs are both emotionally powerful and tuneful. By and large the women in the show have the best numbers, though Jamie Sheasby as Turing has an incredibly moving and powerful title song Guilty of Love which he makes into  a theatrical tour de force.

Sheasby is brilliant as the frenetic, emotionally immature genius whose discovery took 2 years off the length of the war with Germany. He exudes boundless energy, complex feelings and the inner torture of the man with great warmth and pathos.

But the whole cast all deserve big bouquets for their dedication to the material.

With recorded soundtrack and live keyboards, the show is very ably supported by the local Resound Male Voices. Their singing is clear, lively and they steer themselves through some very tricky musical moments with obvious commitment to the subject matter.

There is certainly a great show in the making here and some further tightening and editing could lead to great things for it. The music certainly deserves to be recorded and there is a crowd-funding appeal going on to do just that.