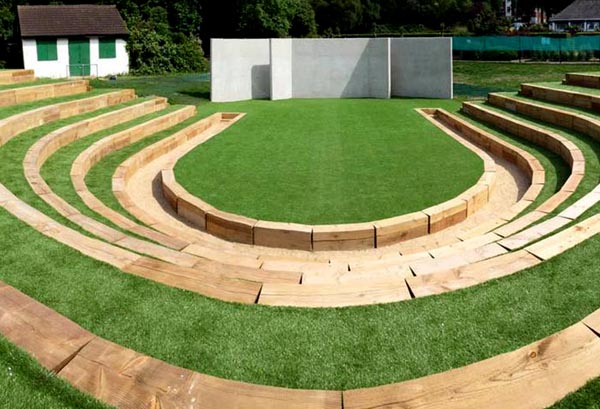 THE Brighton Open Air Theatre (BOAT) launches its fifth and biggest season of shows to run from May till September at its Dyke Road Park home.

Some 140 different performances will be given by 80 theatre and music groups from all over the UK.

Highlights include Kick in the Head who present Airlie Scott as the comedienne Joyce Grenfell (Friday, May 10), Circus Xanti and Ali Williams Productions who will stage As A Tiger In The Jungle – a performance about life, lost children and circus (from Wednesday, May 22-Saturday, May 25).

The programme has the internationally famous Shakespeare’s Globe Theatre on tour with three of the Bard’s plays – The Comedy of Errors, Twelfth Night and Pericles (Wednesday, July 10 – Saturday, July 13) Uniquely at the start of each show the audience get to pick which of the three plays they want to see.

On the solstice, classical guitarist Richard Durrant will perform Music for Midsummer, and on Wednesday, June 12, Brighton’s premier gospel choir Gospel in the  Park celebrates its 19th year.

BOAT patron Simon Evans will be joined by two other stand ups to preview their Edinburgh Fringe shows.

The Who get a tribute evening with Johnny Warman’s Magic Bus Band on Saturday, July 6.

A wide variety of music is being served up including Prokofiev’s Peter and the Wolf (Wednesday, August 7), Walk Like a Man – a 4 Seasons tribute (Friday, August 16), Sunday in the Park with Jazz hosted by Charlotte Glasson with Terry Pack’s Trees and Harry’s Tricks (Sunday, August 11). The Vox Beatles present Cavern to Imagine (Sunday, September 8) and the comic singing duo Going South present an event of musical frivolity (Friday, September 13).