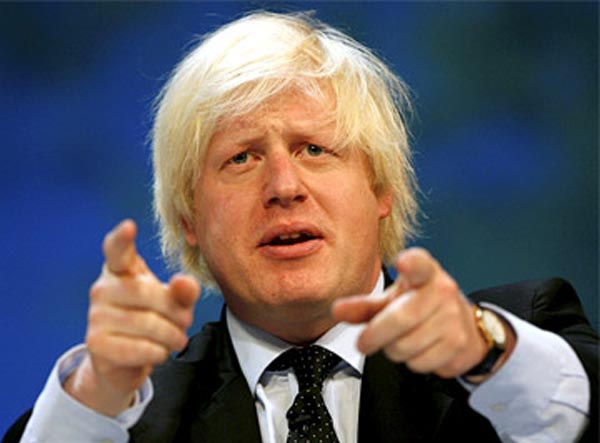 The day after Sir Ian McKellen and Paul O’Grady announced their support for the campaign to make the Royal Vauxhall Tavern (RVT) the UK’s first building to get listed status in recognition of its contribution to LGBTQ heritage, Boris Johnson, the Mayor of London, adds his support to the campaign.

Boris said: “The Royal Vauxhall Tavern has been a lynchpin at the heart of London’s LGBT community for more than six decades. This week, New York gave the Stonewall Inn landmark status, recognising its place in that city’s history. The RVT’s unique contribution to the vibrancy of London life should also be celebrated.

“It is a beacon that is known around the world and must be made a listed building so it can continue to shine for years to come.”

Amy Lamé, chair of RVT Future, the campaign that aims to ensure a thriving future for the RVT, said: “We are absolutely delighted to have Boris’s support. It’s great to know he takes the LGBT community’s interests seriously and loves the Royal Vauxhall Tavern as much as we do. We hope Historic England and the Department for Culture, Media and Sport give the Mayor’s view due consideration as they consider the listing application.

McKellen and O’Grady, who developed his legendary character Lily Savage during a long-running residency at the Tavern, are among more than 30 performers, producers, local residents, LGBTQ charities, architects, historians and politicians who have written to Historic England (formerly English Heritage) to back the listing.

The RVT was built on the former grounds of the Vauxhall pleasure gardens around 1862, and has been a site of LGBTQ community and culture since the 1950s, if not earlier.

It was bought last year by Austrian property development company Immovate, which has repeatedly declined to give details of their plans for the site or meet members of the RVT community.

Immovate opposes the listing, claiming it would make even minor repairs so expensive that it would have to close the Tavern. The company has not given any evidence to support this claim. Hundreds of London pubs and businesses operate successfully from listed buildings.