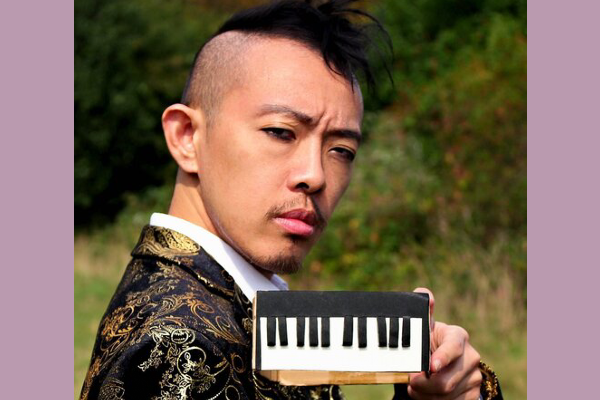 The Mollusc Dimension says: “The song was composed in response to coronaracism, with memories of sino-racism, sino-misogyny and even slurs amongst ESEA community. It delivers sarcastic lyrics in a bundle of melodic sweetness with a sulky, funky, ’80s beat and a kind of ’60s glow. I have high hopes for this song; it all begins with this first performance so join us to hear it, along with brilliant performances by other trans and gender non-conforming people.”

As part of his set, you’ll be invited to draw a magical sea adventure (tag #TheMolluscDimension with your artwork!) while he performs the playful and yearning, Take Me Back to The Ocean.

Like most of his songs, Asians Have Feelings Too transforms despair and rage into a fun, upbeat song that is understatedly provocative. Set for an official release in August, The Mollusc Dimension wants it to be heard by as many people as possible, especially queer and trans ESEA and the Asian diaspora.

For more info on The Mollusc Dimension, CLICK HERE