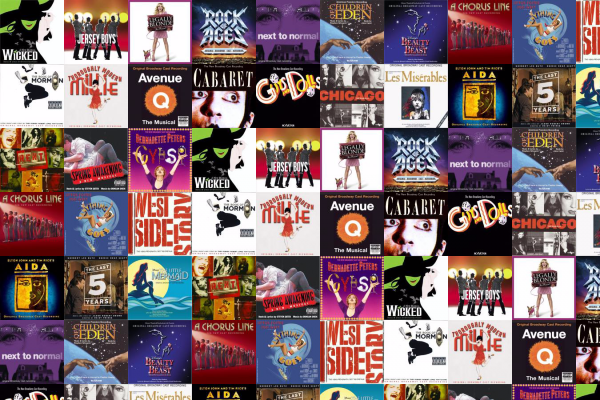 In the run-up to Christmas theatres all over the UK and on Broadway are sadly closing their doors again, and we also could face a stay-at-home end of 2021.

But hey-ho our tv channels are bringing us more musicals than I can ever remember being on the festive box, so that’s something to cheer for. Here’s my run-down on some of them.

Christmas Eve has a wide choice so you may need your multi-recording system to hand. Disney classic Frozen, starring Kristen Bell, Idina Menzel and Jonathan Groff is on at 1.30 pm on BBC 1. The vintage Scrooge, from 1970, starring Albert Finney, is at 11.55 am on Channel 5.

Marvellous Musicals: Talking Pictures is on the same day same channel at 2.40 pm. It’s a BBC Special looking at some of the greatest movie musicals. Mary Poppins Returns to meet the grown-up Banks children and chimney sweep apprentice Lin Manuel Miranda at 3.10 pm on Christmas Day on BBC 1.

Chitty Chitty Bang Bang is also on the big day at 3.10 pm and again on New Year’s Eve at 0945 on Channel 5, starring Dick Van Dyke plus Sally Ann Howes, who died aged 91 this week. The 100 Greatest Musicals is bound to start family arguments – especially the pecking order. It’s on Christmas Day at 12 noon on More4.

Boxing Day sees the live-action version of Disney’s Beauty and the Beast, with Emma Watson and Dan Stevens. It’s at 2.20 pm on  BBC 1. Catch Gene Kelly splashing about on the pavements in Singin” In The Rain on Boxing Day, 12.40 pm on BBC 2.

A major highlight is a filmed version of the recent stage hit Anything Goes. It’s on the same day at 6.40 pm on BBC 2. It stars Sutton Foster, Robert Lindsay and Felicity Kendal. All-Stars Musicals at Christmas comes back for a Boxing Day outing on ITV at 8 pm and repeated on 28 December at 10.20 pm. Fern Britton, Ben Miller and Gyles Brandreth seek to impress the judges with their singing talents – head judge Elaine Page.

The greatest loss to musical theatre, the death this year of genius Stephen Sondheim earns an evening of programming on BBC 4 on 27 December from 7 pm with: a Sondheim Proms concert, Sondheim at the BBC; an Omnibus documentary Sunday in the Park With Stephen and finally his appearance on Face To Face. A must-see if the tearful evening.

Classic musicals Seven Brides For Seven Brothers and My Fair Lady can be seen on 27 December, on Channel 5 and on 27 and 30 December on the same channel.

More recent blockbusters are also in store: The Phantom Of The Opera at The Royal Albert Hall is on Sky Arts on 27 December at 4.15 pm, marking the show’s 25th anniversary in 2011 with an all-star cast including Ramin Karimloo and  Sierra Boggess. Cameron Mackintosh: The Last 50 Years celebrates the worldwide achievements of the theatre impresario. It’s also on Sky Arts on the same day at 7 pm. Miss Saigon: 25th Anniversary Performance follows on at 10 pm, with its 2014 recording from the Prince Edward Theatre.

Sondheim musicals haven’t always worked wonders on film, but to my mind, one of the best is Into The Woods, the crazy, dark mash-up of traditional fairy stories. Starring Meryl Streep, Emily Blunt, James Corden and Johnny Depp. You can catch its tale of giants and witches on 28 December at 11.20 pm on BBC 4.

Filmed in 1976, Bugsy Malone features child actors as gangsters whose guns fire whipped cream. It’s aired on 28 December at 9.25 am on ITV 3. Worn out with singing and dancing? There’s a way to go yet. Jeff Wayne’s Musical Version Of The War Of  The Worlds storms onto the screen on the same day at 7 pm on Sky Arts.

Lady Gaga is outstanding in a re-make of the classic A Star is Born, co-starring Bradley Cooper. You can see it on 29 December at 9 pm on BBC 1. Kipps: The New Half A Sixpence Musical took the West end by storm in 2016 with its energetic lead actor Charlie Stemp. Now it gets its first tv outing on 29 December at 6.30 pm on Sky Arts.

And the star performances keep coming. Renee Zelwegger gives a stunning impersonation of Judy Garland in the 2019 film Judy. It’s one not to be missed on 30 December at 9 pm on BBC 2. Back in time to 1956, there’s the marvellous King And I, starring Deborah Kerr and Yul Brynner. It’s on 30 December at 2.50 pm on Channel 5.

And there are many more musical theatre treats on platforms such as Disney +, Netflix, Amazon Prime and Apple TV +, including Annie, Gypsy and Come From Away.

Though I’ve made every effort to get correct timings, dates and channels, please check a TV guide in case there are last-minute changes. Happy watching! And keep dancing.