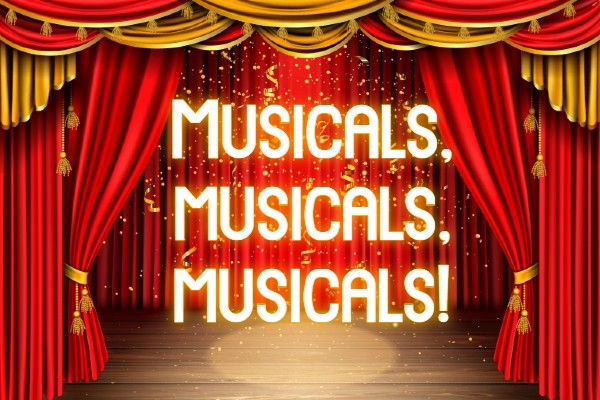 Theatre choreographer and director Dame Arlene Phillips said this week that attending musical theatre performances should be available on prescription, so beneficial is it to our mental and physical wellbeing. If it was, I’d be at the chemist right now. This week sees four major announcements about musical theatre to cheer the spirits.

This Saturday and Sunday there will be the UK’s first-ever musical theatre fan convention at the ExCel in London. It’s an opportunity to meet West End stars – for chats and photos – so wear your favourite musicals costume, meet fan groups and take part in lipsync battles and sing-alongs.

Full programme and tickets at this link :  musicalcon.co.uk

The UK premiere of A Sherlock Carol, where the works of Charles Dickens and Sir Arthur Conan Doyle collide will be performed a stone’s throw from the fictional 221B Baker Street, home of the super sleuth Sherlock Holmes. Written and directed by Mark Shanahan, it runs November 18 to January 7 at Marylebone Theatre.

It’s three Christmases since Sherlock’s famous encounter with nemesis Moriarty at the Reichenbach Falls. The detective wanders London’s Victorian streets and meets a grown up and not-so Tiny Tim, who wants Holmes to investigate the suspicious death of reformed miser Scrooge. It’s a dark and treacherous Christmas Eve, haunted by the spirits of the past, present and future. It stars Call The Midwife’s Ben Caplan. Tickets at asherlockcarol.co.uk

Re:Imagining Musicals is a free exhibition at London’s V & A Museum. Visitors can explore how some of the best-loved musicals have been adapted, revived and retold – from Miss Saigon to My Fair Lady, Six and Everybody’s Talking About Jamie. Costumes, photos, posters and props are all on display and there are practical workshops and even an online course on The History Of The British Musical. Go to Vam.ac.uk.