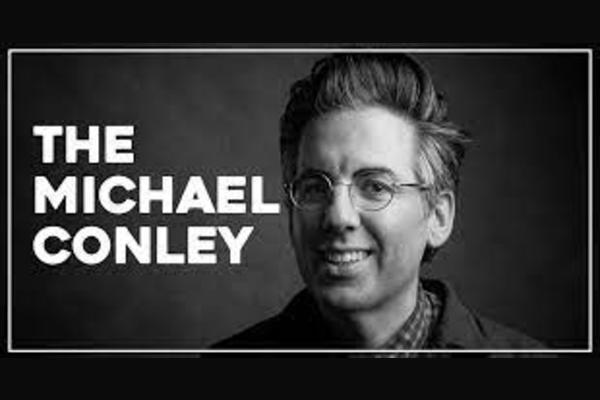 A singing Devil who likes throwing women out of high windows, a female clairvoyant whose stage act may be a total fraud, and a failing Queer actor who will stop at nothing to play leading man –  just 3 highly-detailed characters from the pen of  the hugely creative Queer actor/writer Michael Conley.

He’s  been super productive in lockdown, writing and performing online his own brand of dark comedy.

All in a day’s work for Michael, who juggles his career with being a father to his 10-year-old adopted son. The oil boom led his family to move from Southern California to frontier town Abilene in Texas, a deeply religious environment where he eventually attended the Christian University. But his neglect of his Bible studies persuadaded him to leave before graduation and move to New York.

Work at the Gap store in New York led to a temp job at Banana Repubic’s headquarters, all the while being a cabaret writer and singer in his spare time. “I auditioned for Broadway and when it didn’t happen I stuck with cabaret work. I always hoped it would lead somewhere – I just had to do it”, he tells me.

And so he found himself at the world famous show tunes bar Don’t Tell Mama, where even I have sung ! A great influence on him was cabaret pianist David Maiocco, who did Liberace impersonations. “ There was a Judy Garland show there too, and it’s where I made lifelong friends”.

One thing led to another and Michael became the host of the Gay and Lesbian Comedy Fest – though still working in retail full-time. “I was 21, it was all wonderful with the sing-alongs by performers after their Broadway shows at night”. He admits his mother outed him, and he says she cried, “because she didn’t want life to be hard for me” – he had always thought his sexuality was a phase: that there was no alternative to a wife and kids.

His first full show was Hello Boys- “ I wanted to be Bette Midler: I followed the ebb and flow of her act”. It was at Don’t Tell Mama that he met his now husband Jonathan, who is originally from Nottingham. Jonathan was transferred in his job to London and at the same time Michael’s job disappeared. “I stopped working and performing. We adopted and I stayed at home”.But after a musical theatre workshop, his professional performing and writing career began in earnest.

And that’s when his working partnership with Luke Bateman started, leading to a number of shows all with Michael’s keynote dark, edgy comedy. “ We almost always work separately. I don’t invest too much in my first draft – you can’t be too married to what’s in your head until the music comes along. But I’m a fast worker once the outline of the show is solved. The second act of my recent show The Sorrows Of Satan I wrote in an afternoon”.

The first Conley/Bateman show I saw was the Fabulist Fox Sister – about a famous female clairvoyant who may or may not be a fake. “Originally it was meant to be a 3-woman show. I hadn’t performed in 10 years: I tried the part and it worked”.

He admits ideas pop into his head or are suggested by others. His most recent streamed show – The Cancellation of Crispin Cox – came from a request from his co-producer Alfred Taylor-Gaunt, who asked for a show about cancellation culture. “I wrote the first draft in a weekend and then revised and revised”. The show, which I recently reviewed,  is a very dark comedy about revenge, outing, cancelling someone’s reputation and life, all played with delicious villainy by Conley, making up in his dressing room for a performance. Its denouement is shocking and unexpected.

Though there’s no doubt his shows work online, he doesn’t deny he’s longing to get back in front of a live audience, though he says when you livestream you get instant tweets from the audience online, so there’s a kind of link.

His two new shows , recently in Southwark and Hackney, will certainly benefit from bums on seats. He’s written the book and lyrics for a musical version of Indecent Proposal, based on the best-selling book by Jack Engelhard. ”It’s a very different kind of project”, and one where Michael will not be performing. Set in 1980’s Atlantic City it is seen through an up-to-date lens, where I’m guessing the offer to sleep with a man’s wife for $ 1 million might resonate differently.

Vanara, by contrast, is set on another Earth at another time, with a strong positive message. Michael has written the book. Asked my favourite question about what advice he’d give a 15-year-old Conley, he says: “ lean into things you don’t like about yourself, things that set you apart, where you don’t fit in. Embrace your flaws: you’ll love them later”.