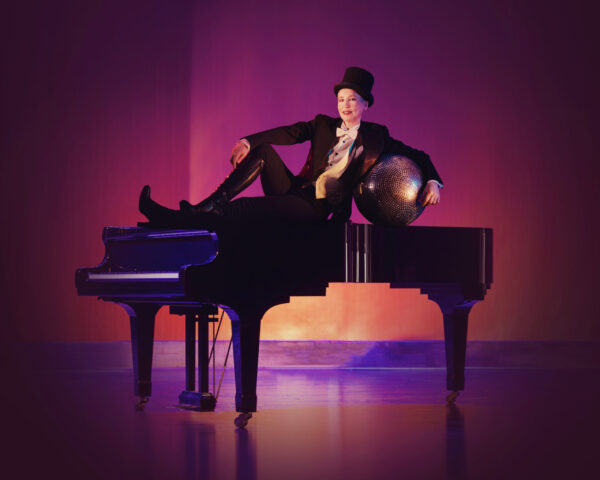 As part of its Made in Northampton season, Royal & Derngate has launched Scene Unseen, an intimate cabaret by Jessica Walker and Joseph Atkins, which is directed for film by the theatre’s artistic director James Dacre with illustrations by award-winning illustrator Thomas Hicks, and cinematography by David Lefeber.

A Royal & Derngate, Northampton and English Touring Opera (ETO) co-production, Scene Unseen, which will be available to view online on ETO at Home from 9am on Monday, September 12, is a new musical about identity, sexuality, and what makes us who we are.

An hour-long song-cycle weaves a path from cabaret artist Jessica Walker’s emotionally complex childhood right up to her very particular wedding day, with songs about early gender confusion, sexual assault, first love and betrayal, and family secrets. It is a powerful, personal story with universal themes, expressed through Atkins and Walker’s uncategorisable musical mix of humour, classicism, torch, and a touch of Eighties synth.

Scene Unseen is available to watch online on English Touring Opera’s video platform ETO at Home from September 12 until November 12.