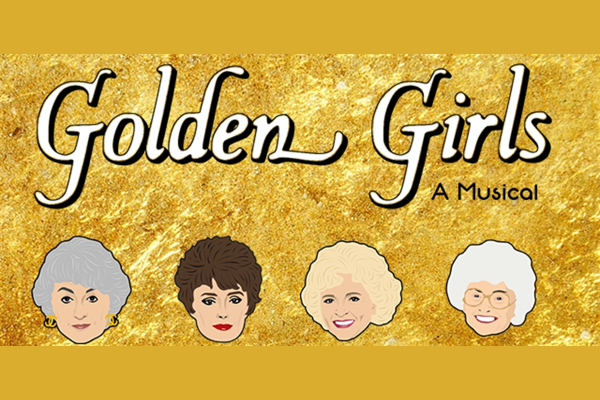 Where can you see 5 drag artists having the time of their lives on stage this week?  Well if you’re quick it’s upstairs at the Curzon Bar in Brighton where drag royalty is recreating a musical version of hit TV series The Golden Girls.

And from the start there’s terrific chemistry between these usually solo performers , with knowing looks, corpses and asides making it all the more entertaining. Tanya Hyde is at her bitchy best as sex-crazed Blanche. Rose Garden is every inch a Bea Arthur look-alike as Dorothy – “ the divorced, substitute teacher with boney feet”, as she poignantly tells us.

Pixie Polite is an acid-tongued one-liner specialist, as the matriarch Sophia, clutching her handbag on her lap at all times, and Stephanie Von Clitz is perfectly nuanced as the naive Rose, the butt of the other girls’ humour – but who at least gets her man.

Well she gets him but can’t keep him – well not alive anyway. Based on an actual episode, it’s the story of love won and lost as Rose brings home her date, who promptly dies in her bed. Sally Vate plays the said Al Beatty, and there’s a hilarious pre – sex routine where Rose parades in bra and knickers and Al has his trousers round his ankles. Sally Vate is suitably butch but it’s no surprise when he dons dress and wig in Act 2 to play Al’s widow.

The show, written and directed by Mark James Dudley Wickens ( aka Pixie ) is interspersed with songs which ironically point up the dark humour of the piece. So Tanya give us “ if you’ve got it, flaunt it”, with more oomph than a Soho stripper. Rose Garden, with her deep rich tones gives us a touching rendition of Mr Cellophane.

Sally and Stephanie have a hilarious send-up of I Know Him So Well , and Pixie gives us a full-throated That’s Life. And of course the full company gives us a rousing version of Thank You For Being A Friend to send us off into the autumn night.

Thanks guys and gals for entertaining us so royally.

The show is at the Curzon till Friday 24th – tickets from outsavvy.com