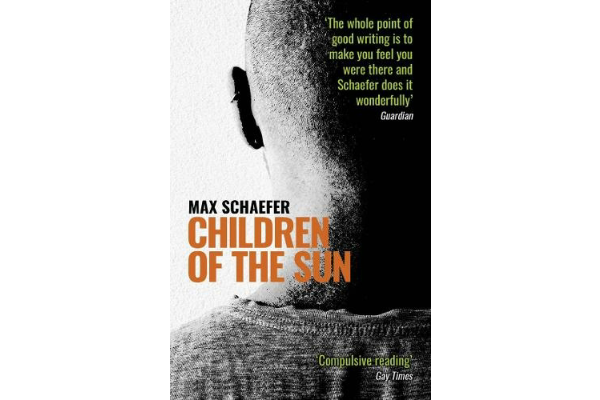 Children of the Sun

When this book first came out I was seriously challenged by its violence, subthemes, language and explicit exploration of 1980s south London gay neo Nazi’s mixed in with the head-spinning occult narratives and gay narrators and the authors rather charming seriously precise documenting of Skin Head fashions. A heady brew, it’s not changed although perhaps softened by time (or I’ve been calloused by experience) the book is still a challenge, in some places difficult to read, compulsive, wretched, ruthless and it presses its face hard up against yours so you can feel it’s threatening and menacingly throbbing masculine breath.

Replete with exploration of neo-Nazi discourse and its interwoven neo pagan mythologies the books is silently rampant. Schaefer fundamentally understands the methodologies of meta narratives and peels away the layers of fringe beliefs set into the heart of this extremist community, laying out the flayed flesh before us and asking us to see the connective tissue, the places Queer and Fascist rub against each other in uncomfortable ( for some) frottage.  By using the relationships and obsessions of the duel protagonists, and their different perspectives in time we flow though this murky recent past of Britain, given space to reflect on its impact,  so familiar in its refrain.  There is so much focus on the happenings  that the characters themselves are left undeveloped, taking the sting out of the later chapters. An uneasy but fascinating read.