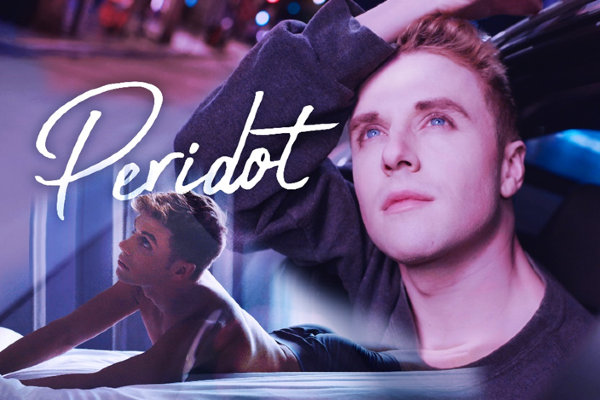 Gabriel is a good-looking, boyish, troubled male sex worker in the dodgy parts of Los Angeles. Peridot, written, directed, co-produced and starring Shayne Pax, is a bitter-sweet but uncompromising snapshot of life on the streets, with all their dangers and excitement.

He and his two friends ply their trade, and Gabriel’s nights are largely made up of turning tricks with men or women, stealing, lying and careering through a chaotic and sometimes dangerously violent existence. His redeeming feature – apart from his good looks – is that he sends most of his ill-gotten gains and hustler fees to his equally troubled mother.

And then on a Metro station platform he encounters Martha, a well-known author – though at first meeting he doesn’t know that. He thinks she’s a punter and she is quietly horrified by his dangerous and seemingly futile existence.

As their relationship – entirely platonic – moves forward, Gabriel seems to blossom into a writer himself. Martha has dark and tragic secrets and he seems to be the son she wished she still had. When Gabriel’s best friend Luke (Harry Hains) dies of a drug overdose, and Gabriel gets beaten up by a previous punter from whom he stole, there’s a sort of wake-up call.

But Martha’s life is about to take a dramatic turn. Can Gabriel cope?

It’s an engaging film, with a realistic and emotionally driven performance by Pax, made all the more poignant by the death of Hains from the same cause sometime after the film was made. Susan Harmon, more used to being a star behind the camera, gives a quirky, warm and believable performance as Martha.

The title’s meaning relates to a green gemstone that is said to bring physical and emotional healing. And Pax has said he wanted to explore unusual, inter-generational relationships with love at their heart. He certainly does that 100 per cent.

Peridot is available on all main platforms and from the distributors Peccadillo Pictures on PeccadilloPOD – more information at peccapics.com