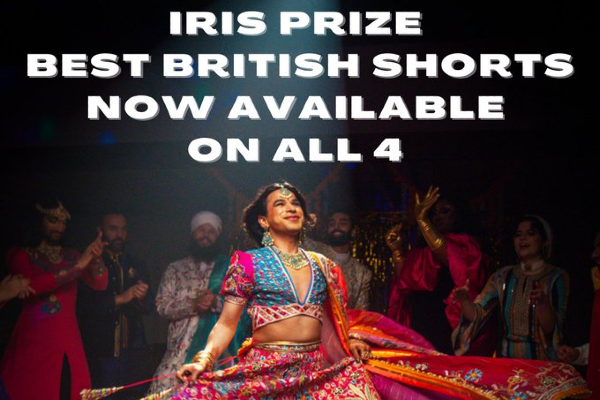 The internationally celebrated Iris Prize LGBTQ+ film festival has put together the best 15 British short film finalists for 2022 and in this second look at them I give you car park cruising , Regency ladies with Queer partners and an inspiring Irish priest’s true-life story.

Tommies puzzled me – I became convinced it was a parody, but on reflection I’m not sure. A bunch of bejewelled and privileged Regency aristo ladies meet for idle gossip about a load of people we don’t know. Any moment I expected Dawn French in full parody mode to storm into the room. But alas no. The overacted and underwritten piece eventually reveals itself, not least through its title ( Google it ), to be about 18th century WAGs who gave their closeted but licentious husbands and boyfriends cover for their Queer sexual encounters. Great theme but it could have been oh so much better done.

Hornbeam is about a Gay gardener who sits in his van in a Gay cruising area’s car park late at night until a chance encounter leads to a kiss and the hope of more. It’s beautifully acted with both men being tentative, unsure but with a strong passion below the surface. But it also sheds light on deceit and lies – the gardener tells his young admirer he’s married – I guess to shield him from having to proceed with a relationship. But lies will catch you out – and they do here. A sad but realistic ending. I’d have liked more of it. Watch here:

A Fox In The Night features two men – one a buyer and the other a drug dealer, who hit it off in a most unlikely but touching way. The fox, which both men see on a London housing estate, is a kind of symbol of adventure, a sexual awakening for these Queer men of colour, and I definitely wanted more of this story which has great development potential.

Easily best of the bunch is Jim, a beautiful haunting true story of a lonely closeted Queer parish priest who seeks one night of enjoyment. It’s London in 1982 and Father Jim cruises and picks up a young guy, whom he’s horrified ( spoiler) to discover is just 14 years old and plying the sex worker’s trade with some success. There’s a wonderfully awkward scene where Jim plies the boy with sherry, with disastrous results. Watch here

What’s not in the film but which we learn is that the boy was murdered in a vicious sex attack two months later and that Jim set up a charity to help young sex workers. There’s been a documentary on the subject by the director Tom Young but this really should be a full-length feature. It touches so many raw nerves and deserves a longer version. It rightly won the audience award at this year’s Iris. Gary Fannin as Jim and Cary Ryan as Simon are outstanding, and Gary won the best actor award too.

You can catch all the finalists on All 4