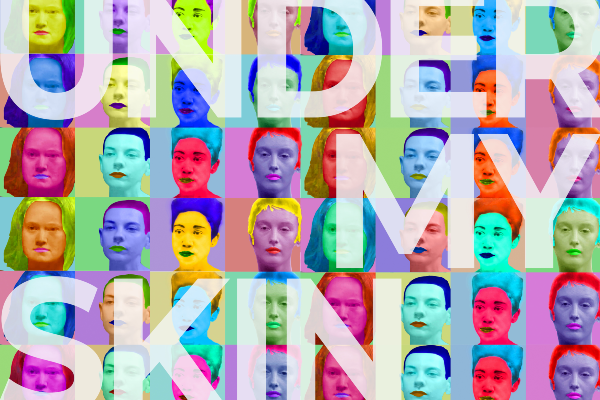 Under My Skin, which has its streamed  world premiere this week at the Raindance Festival , tells the story of an unlikely romance  bewteen singer/composer/painter Denny and Ryan, a sharp-suited ambitious corporate lawyer.

Denny unravels a secret – they are having gender and identity issues. O’Donnell shows brilliantly the transitioning of body and personality by using 4 non-binary or trans/non-binary actors to portray the troubled Denny. The main portrayal is by Liv Hewson but O’Donnell often uses mirror sequences to change the actor and their appearance from long-haired woman to ultra-masculine Den, as they eventually become.

Alex Russell as the lawyer plays wonderfully with all four actors as thier character struggles to come to terms with the realities of living with someone in transition.

All four actors – Hewson , Lex Ryan, Bobby Salvor Menuez and Chloe Freeman bring different characteristics out of their portrayals but the heaviest load falls on Hewson who opens and closes the film.

The initial “ courtship” is slow and haunting as well as funny and we the audience see very early on that there’s a gender issue at the heart of Denny’s very being.

Angst, anger, disbelief and incredulity all pass through Ryan and the finale , not to give it away, is both plausible and positive.

O’Donnell’s ex partner Raynen O’ Keene, who transitioned , is the film’s other collaborator, and apart from anything else, it’s an informative  piece about the transitioning process – both physical and mental.

It’s an important film that both educates and entertains.

It’s only available on line on Thursday and Saturday , October 29 and 31 . It’s free but donations are welcome. The film should be on general release in 2021.