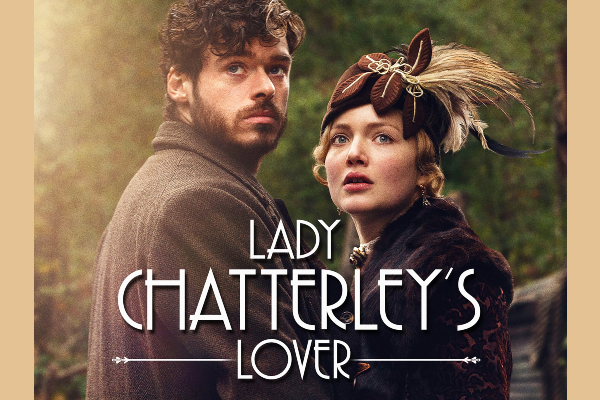 Having watched the filmed version of new musical Lady Chatterley’s Lover I am jumping to an unsubstantiated conclusion: the show is a work in progress, that will be substantially re-written before it goes again before live audiences.

Having played for just two performances at London’s Shaftesbury Theatre, the show, from GBM Productions, was also filmed there and is now streaming until 21 November.

It has to be sure a strong female lead in Georgia Lennon and Michael Pickering is every inch the manly gamekeeper/lover Mellors. Jake Halsey-Jones as the Chatterley’s risqué friend Tommy is inexplicably made Queer and that’s not the only diversion from D H Lawrence’s original storyline in his book which was banned for obscenity until the 1960’s.

The story’s ending is changed to a more downbeat one, but the main absentee is the sense of the tension between physical and emotional love which is at the core of the novel. It has the makings of some good tunes from John Robinson but the lyrics are often trite and many times seem like dialogue set to music. At the height of their passion, the lovers sing the highly repetitive “ That’s You, That’s You, That’s me, That’s Me “ and the song goes nowhere.

Inexplicable too is the strong Geordie accent of the gamekeeper, set as the story is, in his native Derbyshire mining village. What Phil Willmott’s book does bring out is the strong Socialism of Lawrence and the dangers of mining and uncaring nature of the previous mine owner – Lady Chatterley’s now-dead father.

But technically there are glaring issues – the First World War in which Chatterley is crippled lasts all of 20 seconds and comprises a few offstage explosions. The set is on two levels – the family stately home – a long sparsely decorated room is set above the main stage, while underneath are tree trunks, I thought reminiscent of the mine’s fatal pit props. We don’t see Mellor’s hut, nor are there any love-making scenes and the camera work is truly amateurish.

At times, when Lady C and the stripped-to-the waist hunky Mellors sing full tilt, the cameras only pick up one or the other and at times the camera pans, as if seeking the missing singer. There are shots out of focus, and shots where the set obscures the performers and all is greeted with silence – although the curtain call has applause and a brief view of the audience.

I think there’s a really good show in the making and a return to the drawing-board could turn it into a West End and Broadway hit – but a long way to go yet for it, in my view.

The show is available on stream.theatre here