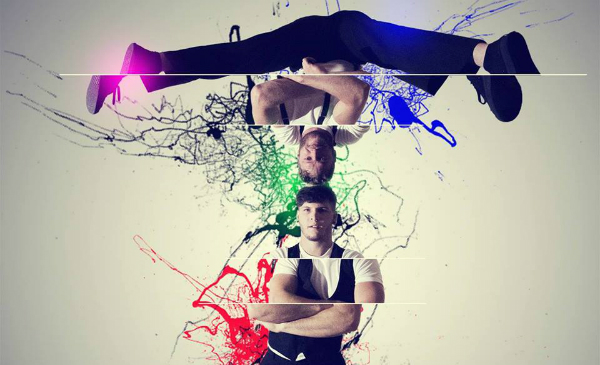 This new show from Head First Acrobats where three acrobatic and enthusiastic scientists attempt to create the elixir of life is a unique mix of mayhem where lithe handsome boys and incredible circus tricks meet with impeccable comic timing to make you laugh and smile, what’s not to like about that?

These boys are great fun, seriously fit and talented young men with their tongues wedged into their cheeks while they effortlessly pull off some jaw dropping acrobatic skills with the nonchalance of lads who know, secretly, quite how bloody talented they really are.

Their skill at acrobatics and balance with each other is excellent and they all have their own show piece acts, all with an original twist and wrapped neatly into the show while fitting into the over-reaching premise of concocting a cure for a Zombie apocalypse, which is a rather neat way of being able to work as many drug references into a show without mentioned them once, pretty cool for the spliffter generation.

This is silly skilled nonsense, with a contemporary vibe, a bit street, a bit meta, endless clever references ( from Thriller to Rockey Horror) and with an apparently rough edge that gives the impression that these young men are just hanging out and mucking around like over zealous monkeys when in fact their elegant and well choreographed routines betray the fact that there’s a lot of thought, energy and drilling gone into this show to ensure it’s as engaging, entertaining and astounding as possible

See more on these lads and this new show here

This is their first time in Brighton, and they played to the ladies in the audience a lot but with enough knowing winks to the large gay contingent in the audience, some of their knockabout stuff is very funny, veering from real old-fashioned slapstick to some deconstructive commentary on gender performance and masculine construction, or perhaps that just me and my over thinking, either way it works. Cute, uber-fit and bright, that’s a killer combination.

Check them out yourself

Whichever way you look at them, they shine. It’s been a while since I’ve seen a physical theater/ circus show have such fresh un-cynical enthusiasm to it, there’s been a lot of knowing sophisticated and very talented shows doing the rounds recently, Le Clique have a lot to answer for, these boys blow that stuff out the water and nod to it, it’s where they are from, but not where they are going.

I would recommend you get along and see these trio of well matched young Australian gents performing this entirely engaging and exciting show before they get shunted up into bigger venues where you can’t smell them, gasp at them, and see them up this close. There were moments where we could have licked them and there’s a special thrill in being so close to such energetic and strong performers pulling off some seriously impressive feats of strength, dexterity and precision.

More info, photo’s and up to date stuff on their facebook