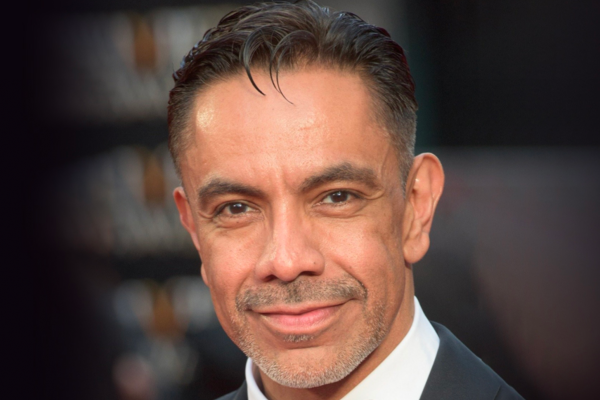 Three-times Olivier award winner David Bedella has put together a gutsy , moving  show that would grace any cabaret space. Streamed from an audience-free Crazy Coqs off Piccadilly Circus , accompanied on piano by Steve Clark, and backed by a band on iPad, he moves easily up and down his vocal range and in and out of music genres to please us at every turn.

He opens with the quick tempo of Beyond That Road , showing his rich, wide voice , setting  the scene in a kind of West Side Story/Sondheim style.

Next up, I’m In A New York State of Mind is relaxed, a great demo of a lounge bar song, with its plaintive desire to travel – which we can all share right now.   Too Close For Comfort is a great up tempo classic made famous by a fellow Mexican Eydie  Gorme .

Life On Mars , which here is billed as  a retro ballad , is a much refined version of Bowie’s hit, and One Day In Your Life gives a nod to both Johnny Mathis and Michael Jackson who both had hits with it . David’s version is deceptively simple and very effective.

After a little go at Chancellor Sunak for not supporting freelance performers , his rendition of There’s Gotta Be Something Better Than This underlines the stupidity of the Minister’s claim that show people could just re-train for some other job.

For me the highlight of the show then followed – a medley of Song On The Sand and I Won’t Send Roses as his tribute to the late Jerry Herman. It’s a warm, moving, inclusive rendition “ it’s strange what we recall; odd what we forget “ he sings.

All too soon we’re in the final section of this immaculately filmed show with Don’t Worry ‘Bout Me , which is easy listening, bluesy and thoughtful. And finally reflecting David’s strong Christian faith and commenting on the chaos that is Washington right now, Let There Be Peace On Earth is a relevant and moving end to this great night out/in.

I do hope the Crazy Coqs add the  show to their archive – and I can’t wait to be in the same room as this powerhouse of cabaret.