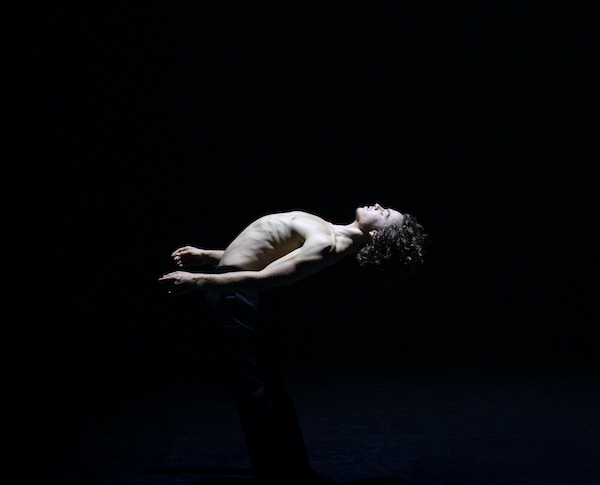 Circa is a company of ten dancers whose performance, without any set and with the company dressed often only in the plainest of underwear, falls at the more austere end of contemporary dance. The choreography is impressive: fluid and gliding and suitably gravity-defying. However, due to my manifest limitations, I wanted to leave after about ten minutes.

The first piece of music was loud, percussive and occasionally punctuated by even louder crashes which taken as a whole sounded like something designed by the military to incapacitate the enemy. The spotlight falls on a man and a woman who seem to be in a state of mutual antagonism. Dressed in black they dance around each other though it’s hard to be sure about their motivations. They could, also, be very much in love. My inability to read modern dance yet again appears to be my undoing. Uncharitably, I start to think that at least with Michael Clark you get some lovely costumes and Bowie on the soundtrack. I marvel at the dancers’ physiques and their prowess: and it’s truly amazing how they balance with up to three stacked on top of each other, how they can be thrown around like rag dolls, how a dancer can be twisted until it looks like he may snap.

The second part of the evening is performed to The Rite of Spring. There’s a recurring motif where they all seem to have small seizures. I don’t know what this means; I don’t know what any of it means. There’s one truly astounding bit when the women throw themselves into the men and the way they’re caught gives the sense that the women are somehow being absorbed. It’s brilliant and I wish the whole evening meant more to me than this one image. I then reflect that all that training, that strained musculature, that dedication, that skill, that technical brilliance is entirely wasted on me. After an hour and a ten minutes the final note of Stravinsky sounds through the theatre and there’s a moment’s silence before the audience bursts into rapturous applause.

If it’s any consolation to anyone – and I’m sure it won’t be – as I cycled home I hung my head in shame.

Circa Sacre is at Theatre Royal Brighton as part of Brighton Festival 2022 and runs till Saturday, May 28. For tickets, CLICK HERE