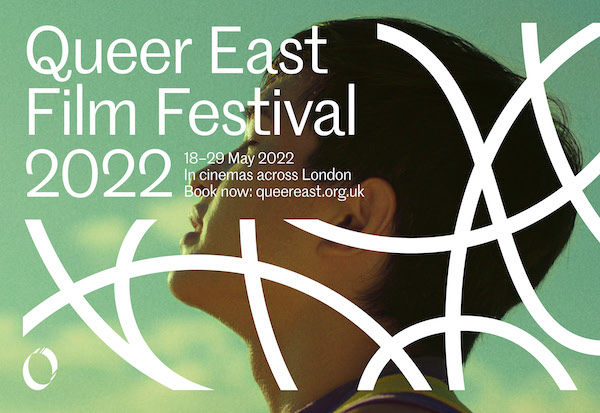 Queer East Film Festival, which shows rarely seen queer cinema from East and Southeast Asia, has announced the full programme for its third edition, which runs from May 18 to 29 in London.

Following the first two successful editions, this year’s festival will bring films, audiences and filmmakers together in the cinema, while continuing to offer a chance to experience rarely-seen queer cinema from East and Southeast Asia to viewers across the UK.

At its heart, Queer East aims to amplify the voices of queer Asian communities, to challenge normative definitions of gender and sexual expression, and to introduce UK audiences to LGBTQ+ cinema that they might not otherwise get a chance to see. This year’s programme includes feature films, shorts, programmes of boundary-challenging artists’ moving image work, a Virtual Reality experience, and a TV miniseries, alongside filmmakers’ Q&As.

Says Yi Wang, Festival and Programme Director, said: “Both queer and Asia are words that represent a wide spectrum of meanings culturally, linguistically, historically and politically.

“I hope that Queer East can play a role in combating stereotypical and generalised portrayals of queer Asians, and unlock the endless possibilities for bold, complicated, three-dimensional expressions of cinematic queerness.”

After spotlighting Taiwan and Japan in previous editions, this year’s Queer East will focus on Thailand, a country with one of the most vibrant and energetic queer filmmaking scenes in Asia, yet often overlooked in the Western discourse. Queer East’s Focus Thailand programme spans over 50 years of Thai queer filmmaking, from a restored silent film, to the latest and hottest Boys Love TV series, celebrating the country’s lively LGBTQ+ culture.

The programme includes a series of Thai LGBTQ+ classics including The Iron Ladies (2001), Beautiful Boxer (2003), Love of Siam (2007), and Yes or No (2010). The festival will also present Anucha Boonyawatana’s The Blue Hour (2015) and Malila: The Farewell Flower (2017), with the director visiting London for the post-screening Q&As. A coming-of-age TV series, I Told Sunset About You (2020), will screen on BFI Player as part of the festival’s presence on the platform.

The festival opens on Wednesday, May 18 at Genesis Cinema with Beautiful Boxer and It’s All Because of a Katoey. Beautiful Boxer by Ekachai Uekrongtham tells the story of Parinya Charoenphol, the transgender Muay Thai boxer who mastered the combat sport in order to pay for her gender reassignment surgery, subverting gender expectations, and challenging the popular perception of Muay Thai.

It will be preceded by It’s All Because of a Katoey, a restored short film made in 1954. This surprisingly progressive silent comedy is the oldest existing Thai film to feature a ‘katoey’, a pre-LGBTQ+ movement term referring to a trans woman.

This year’s programme features seven UK premieres. The uneventful lives of a same-sex couple are thrown into disarray following a terrible accident in Take Me Home by Han Jay. Based on Naoto Asahara’s acclaimed manga novel, What She Likes by Shogo Kusano sensitively depicts the troubled inner lives of teens.

Described by director Royston Tan as “a sound film that brings you to the past, present and future through the journey of a sound man”, 24 follows the journey of a deceased sound recordist through 24 diverse environments after his death. This hauntingly personal film is a work of compelling audio-visual beauty, reflecting on what it means to hear life and death, time and space, and cinema itself.

A compelling portrait of Cambodian youth, Coalesce, Jessé Miceli’s bold debut, explores interwoven destinies in a fast-changing world. The movie was part of the ACID section of Cannes 2020. Girls’ School by Lee Mi-Mi is a contentious portrait of female sexuality in 1980s Taiwan. Made in 1982, when homosexuality was suppressed in Taiwan, this beautifully shot, rediscovered and restored melodrama endorses the prevailing ideologies of the time – but simultaneously exposes the fragility of contemporary views on issues such as bullying, single-parent households, and same-sex desire.

A collection of short films made by established and emerging filmmakers from East and Southeast Asia and beyond, including China, Myanmar and Indonesia. The shorts programme Can You Keep a Secret? tells stories about queer people who conceal the truth about their sexualities, exploring the pleasure and jeopardy involved in keeping secrets. Another programme, Days of Reverie, is dedicated to the power of queer reverie to bring about change – a celebration of fantasy and its role in shaping LGBTQ+ identities.

Featuring over 10 queer Southeast and East Asian artists and filmmakers, two artists’ moving image programmes curated by artist-filmmaker April Lin 林森, will screen at Barbican Cinema and Rich Mix in London respectively, along with Q&As with some of the artists.

Ranging from ghosts to AI, mermaids to musicals, digital animation to Super 8 — a programme of 10 artist moving image works titled Destination: Other Worlds, centres speculation, imagination, and dreaming as key strategies. Film as Political Art programme investigates how video can be used to communicate, extrapolate, and extricate the intricacies of the political. With eight works included, the programme deals with issues ranging from the anthropocene, queer identity in late ’90s Hong Kong, the effects of European colonialism, and beyond.

In his Virtual Reality work In the Mist, theatre and new media director Chou Tung-Yen revisits an often-unspoken life experience of gay communities and cultures. Previously exhibited at Venice International Film Festival, this VR experience transports the viewer to a forbidden zone, a dim-lit room filled with mist and blurred figures of men, experiencing desire and loneliness.

This UK premiere will be installed by Queer East in the form of an intimate sauna steam room at The Horse Hospital in London, showing from May 21 to 24 (preview on May 20), with advance booking required.

The festival will close with the UK premiere of Metamorphosis by Jose Enrique Tiglao, followed by a director Q&A.

This first, trailblazing Filipino film about an intersex character, telling the story of self-discovery and vulnerability, won most of the awards at the Cinema One Originals Film Festival, an independent film festival in the Philippines, and received six nominations at the Gawad Urian, the Filipino Oscars.

The festival’s collaboration with BFI Player during the festival will allow viewers to catch up with some of the festival highlights, including a programme of short films from the previous two editions, and I Told Sunset About You. Queer East will also embark on a UK tour in autumn 2022, visiting over 10 cities across the country with a selection of films from the programme.

Queer East is supported by the BFI Audience Fund, awarding funds from the National Lottery.