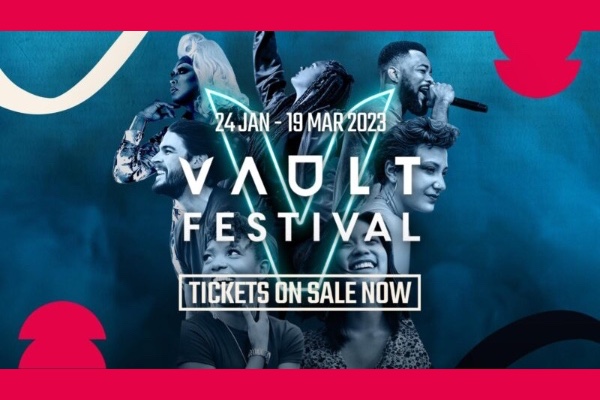 The quirky, funny, challenging and often shocking Vault Festival has hundreds of performances for you across London’s Waterloo from January 24 to March 19. Here are a few that piqued my interest but many more await you.

Clown Sex runs January 24-29. Long-time master of the London sewage system Gary Strange has discovered a novel way to become intimate with his high-rise neighbours. They are all desperate for connection – in many different ways. Join Gary among the fatbergs and other unmentionables as he basks in the joy of filth, encountering stories of bad sex, sad sex, even clown sex and digs deep into the heart of our desires.

Salamander, which is on stage January 24 and 25, is set in Leith, Edinburgh in 1985. Sex worker Sheila Anderson’s murder has propelled Police Scotland to act. But will the gulf between prostitutes and police prove too great?

You Shall Not Yass takes us on a Tolkien-fuelled journey, based on his fantasy franchise, but this time with a queer makeover from drag superstars HERRandME. It runs January 24-26.

Mediocre Gay has one performance on January 25. Too gay? Not gay enough? One-liners and jokes are woven into heart-warming storytelling about one man’s journey to be the best little boy in the world. Queerdos Cabaret is a night to come and be queer as f*** – to laugh, cry, and gasp by RhyssPieces. It’s on January 29 to February 12.

Buff, directed by Scott Le Crass, is a dark comedy about body image. His roommate has everything – muscles, a growing Insta following, and a new boyfriend. He does not. A story of jealousy and self-awareness. What if you’re not buff? It runs January 31 to February 19.

Perverts finds us in the very unsexy cloakroom queue at a sex party. Katie is trapped. It’s a story of Queer sex, shame and desire. It’s on from January 31 to February 5. Gay Witch Sex Cult is a sticky, spooky horror comedy about gender reveal parties, demons and, above all, a sex cult for gay witches.

Kings Of Clubs asks: can we shine a light on the biggest fears in our society? And cure them through the power of Drag Kings? It runs February 3 and 4 and stars King Frank Sinatra. Laughing Labia invites us to join Alice Frick for a night of great female and non-binary comedians. It’s on for one night on February 4.

Borders shows us two men who meet on Grindr – one is in Israel and the other in Lebanon. It’s a moving show that brings their relationship to life. It runs February 7-12. The Silver Bell is a story about boy meets boy; boy loses boy, and then boy punches a hole in the universe to get boy back. A sci-fi tale of love, loss and parallel worlds. it runs February 7-12.

Drag Queens vs Zombies is by Haus Of Dench. Two feuding drag acts fight off an onslaught of zombies during a cabaret act. Nothing unusual there, then. It’s staged on February 10. The Benefits Of Disabled Sex takes us back to 2012. Boy lost his legs, but it’s the least of his worries. An autobiographical show about disability, sex, love, crotches and crutches. It’s on February 10-12.

52 Monologues For Young Transexuals is a devised two-woman show about sex, love and intimacy as trans women. And baby oil. Lots of baby oil. It’s staged on February 11 and 12. Wasteman, featuring Joe Leather, shows us a bin man who swaps his steel-toed boots for stilettos to chase his dream of being a drag queen. It runs February 14-16.

House Of Burlesque: Glitter Ball is described as Moulin Rouge on acid. The UK’s top burlesque divas appear in an epic carnival of costumes, cocktails and glitter-encrusted chaos. It’s on February 18.

Dykes On Mics is a crafty karaoke night featuring queen bangers, live drawing and sapphic fun. It’s on February 24. No I.D invites us to follow a black transgender immigrant down the rabbit hole to find out how to validate our identities in the eyes of the law. It runs February 28 to March 5.

For these and many more performances go to vaultfestival.com