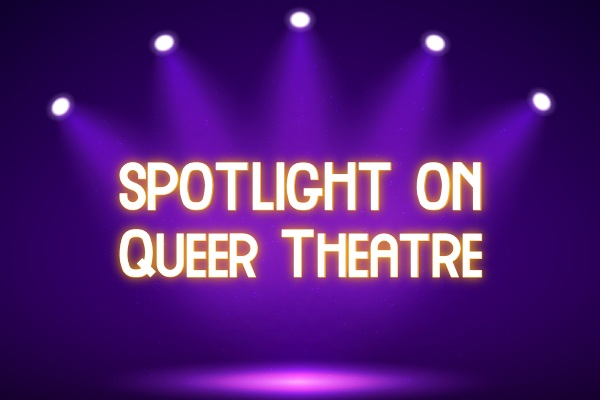 There’s plenty of variety in my latest pick of shows to see soon in Brighton and London. And not two but three RuPaul stars to catch.

RuPaul stars Jinx Monsoon and BenDeLaCreme, who I interviewed last year for Scene return to Brighton with their new Queens Of Christmas show on 20 November. If their last outing here is anything to go by, expect brilliant comic timing, uplifting songs and camp craziness.

The Choir With No Name take to the stage on 6 December with their quirky take on the festive season’s music. Ticket info and more shows at brightondome.org

RUPaul star Vinegar Strokes- aka Daniel Jacob – takes on the larger than life role of Lady Bracknell in English Touring Theatre and Leeds Playhouse/Rose Theatre’s touring  production of Oscar Wilde’s classic comedy The Importance Of Being Earnest , joining a distinguished line of male actors and drag performers to take on the role. It’s at the Rose Theatre, Kingston near London from 1-12 November. Tickets: rosetheatre.org

The marvellous subterranean cabaret room the Crazy Coqs, under Piccadilly’s Brasserie Zedel, has some great evenings to take us through the rest of the year. Fresh from a recital at the Royal Opera House, Anush Hovhannisyan and Sam Jewison present The Composer In Hollywood, featuring duets from the likes of New Moon, Bitter Sweet, West Side Story, On The Town and An American In Paris. It’s on 3 November.

If They Could See Me Now is a show featuring the words and music of Dorothy Fields – a lyricist whose career spanned over 50 years and 400 songs. It’s presented by jazz and blues singer Suzanne Noble with pianist Paul Maguire. It’s on 7 November.

Donna McKecknie  presents  Take Me To The World ; the songs of Stephen Sondheim. Tony Award winner and Broadway legend Donna celebrates the late, great icon of musical theatre with songs from many of his shows, including Follies, Company, A Little Night Music and many more. Musical direction by Ian Herman. The show runs on 14, 15 and 18 November.

On 17 November you can catch Elaine Delmar in a musical tribute to Lena Horne – one of the greatest ground-breaking US singers of popular music. Expect From This Moment On, Day In, Day Out, Stormy Weather and many more.

“It’s bad, it’s bawdy, beautiful and bizarre”, says the blurb so Put On Your Sunday Clothes, Before The Parade Passes By for this evening celebrating the giant of musicals Jerry Herman with Julez Hamilton, accompanied by the amazingly talented Christopher Welsh.

Back in Brighton Peter Gill’s modern Queer masterpiece The York Realist is revived by the local New Venture Theatre. The play charts the love affair between farm worker George and theatre director John, in a searingly truthful look at class and social change, set in rural Yorkshire in the 1960’s. It runs from 4-12 November. Tickets newventuretheatre.org.uk

And finally there’s a revival of the musical From Here To Eternity, with lyrics by Sir Tim Rice, music by Stuart Brayson and book by Donald Rice and Bill Oakes. Forget the sanitised Hollywood gloss of the film of the same name. This is a return to the original novel but in an uncensored version, including themes of prostitution and Gay sex.

Set in the two weeks leading up to the Japanese attack on Pearl Harbour, it’s a compelling story of humanity, forbidden love, duty and redemption, set in a conflicted but beautiful paradise. It’s at the Charing Cross Theatre now until 17 December. Tickets: charingcrosstheatre.co.uk