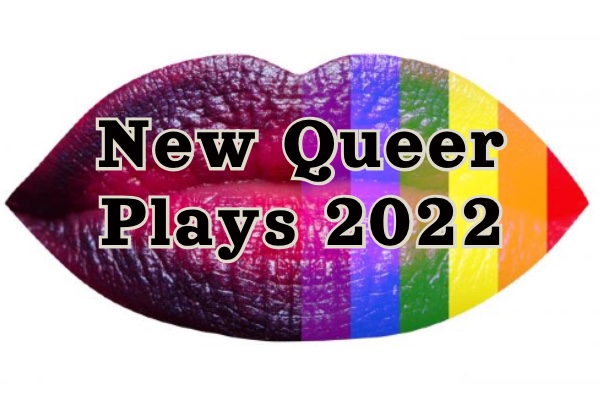 You wait for one play about Queer life and along come five all at once – onstage and online- to kick off 2022. How wonderful is that !

Outlander star John Bell makes his stage debut in the solo virtuoso piece The Night Larry Kramer Kissed Me, written by David Drake and directed by the fabulous Steven Dexter.

After attending a performance of Larry Kramer’s AIDS -era drama The Normal Heart, a young man’s life is changed forever, thanks to the power of theatre. This coming-of-age story follows the life of a young actor and his call to Gay pride and activism in New York in the 1980’s. It’s all here: late-night Queer club crawls, buff-bunny gyms and Gay bashing. It’s at the Studio at the New Wimbledon Theatre from 3-26 February. Tickets by tel 03330096690.

The Regulars is a folk-music musical about identity and self-love and is part of the Hope Mill Theatre’s 3rd Annual LGBTQ+ Arts Festival. Music, book and lyrics are by Will Shishmanian, who also heads the cast as Mark, who moves to an upstate US rural town. He meets Dani, a Black Queer woman opening her own Gay bar. The story tells us that despite our differences, we are all worthy of acceptance. Aleesha Pease is Dani. The show wil appear alongside a  New Trans Writing event. The show is sadly only on for two concert performances on 29 January.  A full production is promised for 2023.  Tickets hopemilltheatre.co.uk

Proud: A Queer Love Story takes to the stage at Islington’s Kings Head Theatre from 22 February – 12 March. It’s a story of conflict, connection and how desire for that connection can overcome the debilitating effects of the past. It stars ex-Lion King performer, the wonderful Taofique Folarin, who featured in January’s Scene magazine ( you can read the interview here).  He plays Roland, who after his Pentecostal mother dies, is liberated to live as an openly-Gay man.

He relocates from Brixton to Walthamstow, where he falls in love with Amir ( Andrei Maniata), a much younger refugee with a war-torn past. Their relationship is strained by Amir’s PTSD, his inability to identify as Gay, and Roland’s problematic connection with his teenage son, Gary ( Kaine Hatukai). The play is adapted by Bren Gosling from his award-winning novel The Street Sweepers, and directed by Marlie Haco. Tickets kingsheadtheatre.com

There’s a marvellous chance to catch the European premiere of Steve, launching the brand-new Seven Dials Playhouse in Covent Garden. The cast includes Jenna Russell, who was outstanding in both Piaf and Sunday in The Park With George, and Holby City’s David Ames. It’s a witty comedy which won the New York Times Critics’ Pick award. Written by Mark Gerrard, and directed by Andrew Keates, it examines the nuances of Gay relationships, while tackling friendship, fatherhood, shame and loss. It runs 8 February- 19 March. Tickets – SevenDialsPlayhouse.com

And finally there’s the chance to see another Queer and Out actor who has recently featured in Scene magazine ( read the interview here) . Riot Act has been adapted as a digital theatre piece to celebrate LGBTQ Hisory Month and is streamed throughout February. Following a West End run and UK tour, this reimagining is based on interviews with a Stonewall Riot survivor, a radical Drag artist and and an AIDS activist.