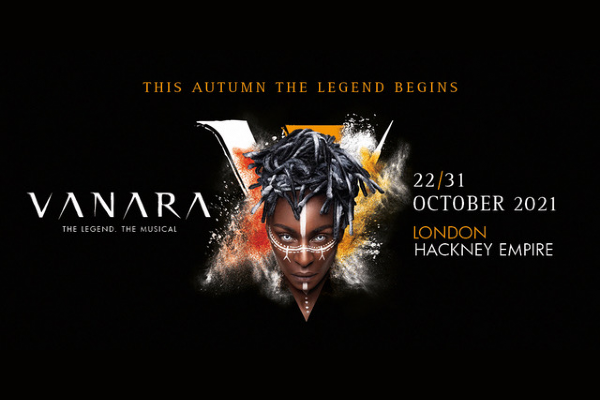 Michael Conley may feel he has an excess of riches later this month when two shows he helped to write open on the same evening in London.

At the Hackney Empire from 22- 31 October will be the world premiere of Vanara – The Legend, and from 22 October – 27 November a stage version of Indecent Proposal will premiere at Southwark Playhouse. Queer actor/writer Conley, who will feature in November’s Scene magazine, told me: “ apparently writing musicals is like riding buses: you wait for ages and then two come at once.  Please note I’m not grumbling at all. I’m absolutely floating on air. I’m the luckiest person I know and the fact that these two are so different from each other is just the icing on the cake”.

” Vanara is going to be an epic, sweeping evening of music and dance and fire and passion. I was invited to join the creative team in 2018 when the bulk of the songs had already been completed. But we all know musicals aren’t written so much as re-written, and as the book writer, I’ve worked with the lyricist (Andrew Whelan) and the composer ( Gianluca Cucchiari) to find a story of survival and love that is timely and timeless. I just can’t wait to see it”.

Michael told me that Indecent Proposal is a chamber musical, based on the Jack Engelhard novel, which inspired the movie that was so controversial and iconic that its title has entered the lexicon. He said: ‘ it’s dark and funny and moving, and after watching rehearsals I can promise it’s gonna be a helluva show. Dylan Schlosberg ( composer) and I have been working on this piece since late 2017 and after several delays I couldn’t be more excited it’s happening”.

Indecent has as its stars West End performers Norman Bowman, Lizzy Connolly, Ako Mitchell and Jacqui Dankworth. For the uninitiated it’s the triangular story of Jonny and Rebecca, who are very much in love and very much in debt. When wealthy stranger Larry offers Rebecca $1 million to spend the night with him, does money outweigh fidelity? Conley wrote the book and lyrics.

Vanara also features West End and international talent, including Matthew Croke, Johnnie Fiori, Carole Stennett and Cavin Cornwall. Following workshops and a concept album, it now hits the stage. As disaster threatens the world they know, 2 tribes are locked in an age-old battle. One young woman must make a choice : protect the traditions of her people or challenge all she’s been taught – will the 2 tribes re-unite before it’s too late?

Look out for my reviews of both shows and my feature on Michael.